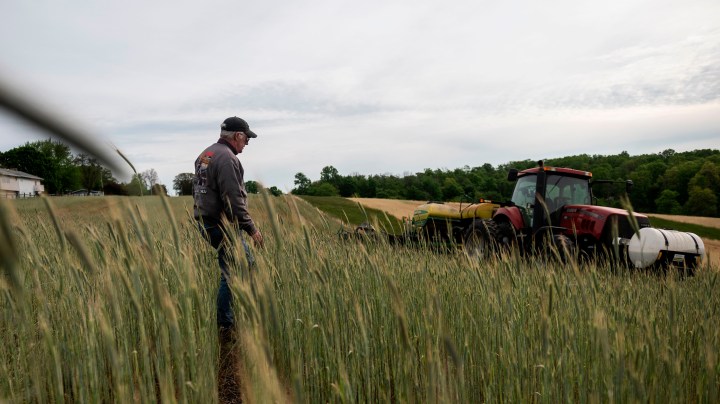 COPY
People living in rural areas are feeling the squeeze of higher diesel prices because they often drive longer distances and use diesel-reliant equipment. Andrew Caballero-Reynolds/AFP via Getty Images

People living in rural areas are feeling the squeeze of higher diesel prices because they often drive longer distances and use diesel-reliant equipment. Andrew Caballero-Reynolds/AFP via Getty Images
Listen Now

Fuel prices, though declining, are still on the minds of many Americans, especially those in rural areas. The pandemic, Russia’s invasion of Ukraine and supply chain issues are some of the factors behind the high costs.

The price of gasoline has generally dropped more than that of diesel fuel, which is commonly used in rural areas.

“Everything has gotten completely out of proportion for what a cow can pay for now,” said Matt Avery, a longtime rancher in Campbell County, Wyoming. “And so, with the diesel fuel and everything, it makes our profit margin a lot less.”

Avery, like many in the agriculture industry, uses diesel for his pickups and farm equipment. He said that while prices have risen for many things, diesel costs have only added to the equation, estimating that his fuel costs have gone from about $3,500 to more than $6,000 over the last six months or so. He added that those costs have played a role in reducing the amount of acreage he replants.

Rob Godby, business professor at the University of Wyoming, said there’s also more competition among gas stations in urban areas, which plays into the cost of fuel.

“If somebody across town lowers their price, then it’s more likely the other stations lower their price and eventually everybody does,” Godby said. “If you have fewer stations, it’s less likely that happens.”

In addition to agriculture, other small businesses in rural areas are also affected.

“One of the things that’s hurting us the most is anything that’s petroleum based,” said Wyoming state Sen. Troy McKeown, who owns grocery stores, including one in the small town of Wright. “For example, the cost of refrigerant. You wouldn’t think it’s a big deal, but we use a lot of refrigerant, and that’s gone up almost 400%.”

Despite the challenges he faces, McKeown said he’s trying to hold the line on rising costs. This includes doing things like reducing the number of shipments he brings in to cut transportation costs. And he said he’s trying not to pass along price increases to customers.