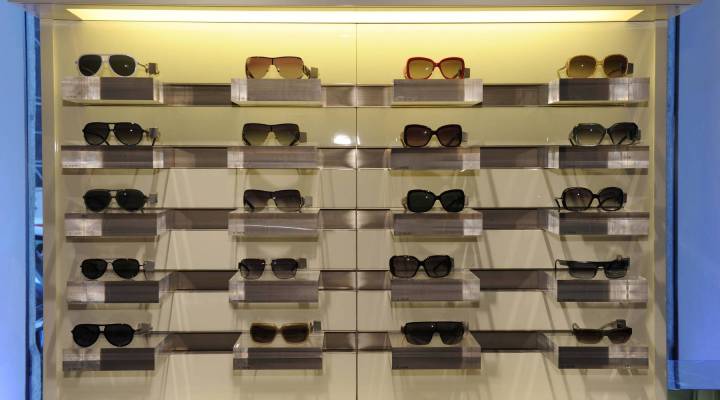 Thirty-thousand teachers are again on strike today in Chicago after the city and the teachers union failed to agree on a new contract. The Chicago Teachers Union says this is about two things: how salaries and raises for teachers are closely linked to test performance, and how much job security these union members really have. The city, on the other hand, wants more flexibility in deciding who should and shouldn’t teach, especially in the face of a big budget deficit.

Shares of Burberry are down more than 18 percent this morning. The luxury retailer slashed profit forecasts and warned that the luxury goods market is headed for hard times.

Apple is expected to unveil the new iPhone 5 at a huge press conference tomorrow in San Francisco. The tech world has been buzzing for months. Of course, no one pitched a new product like Steve Jobs — he made those launches famous. This time, Apple’s Chief Presenting Officer will be Tim Cook. But what does it really take to turn a CEO into pitchman?

After a seven-year effort to open a part of the Arctic Ocean to oil drilling, Shell Oil has run into problems on its second day of work. Sea ice forced the vessel to temporarily stop operations.

The presidential election is exactly eight weeks away. As part of our coverage of what matters to voters — what we call “The Real Economy” — we’ve got the first in a series of stories from Loudoun County, Va. Virginia is a swing state that could help decide the presidential race. And Loudoun County is seen as one of the hinges Virginia could turn on.

Larry Flynt, founder of Hustler Magazine, is again pulling out his pocketbook in search of political dirt. Readers of today’s USA Today will see Flynt’s full page ad offering a one million dollar reward for information leading the capture or whereabouts of Mitt Romney’s tax returns. Specifically, “unreleased tax returns and/or details of offshore assets, bank accounts and business partnerships.” In recent years Flynt has also posted rewards for details of extramarital affairs by Republican politicians. Romney has released his tax returns for 2010 and 2011, but won’t share any before that. If you have anything to share, he promises to keep you confidential — you don’t have to pose in the magazine or anything.