A break-up letter with the economy

A break-up letter with the economy

OK. Here goes nothing. I asked all my friends whether I should break up with you or not, and made a list.

Reasons to stick it out:

– Home sales are doing well because rates are low

– People are getting paid a little more and spending it

Reasons to break up:

– Gas costs are creeping up again, taking a bite out of extra money people are getting.

Even after making that pros and cons list, it was still REALLY tough to decide, so I asked friends for some advice on Twitter.

Chris said I should have broken up with you so long ago and called you “a heartless gold digger.” Kind of harsh, but maybe true. You do have A LOT of debt.

Tom wants me to dump you. He said you have, “No drive, just sits around doing nothing.” He’s kind of got a point. You kind of seem really focused on the election these days that you’re not really kick-starting any of the plans you said you worse. Even worse, Tom said I should leave you for China — “there’s an economy with ambition!” Now to be fair, China is not as ambitious as, say, a year ago. But that’s like saying Michael Phelps didn’t win as many gold medals at the London Olympics as in Beijing.

GodFather was sad about me potentially breaking up with you. But said you’re not making any money. I just can’t continue to date someone who isn’t bringing home any money. Plus, you’re really really racking up a huge deficit and it’s not clear if you’re going to do anything about getting rid of those debts. Now, you’re not as bad as a few of your European cousins, but still. I also just want you to know, I’m not a gold digger, I just can’t keep paying for you.

And Tim wants me to kick you to the curb.

The only friend who told me to stick it out was Sam. He said, “The economy is an SPR model that’s just getting out of rehab… self-destructive, but dude, a model.”

In the end, too many friends told me I need to break up with you. And I know it sucks I have to do this in a letter, but that’s just the way it is. Call me in a few years if things change. 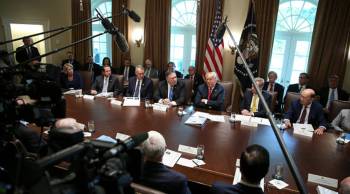