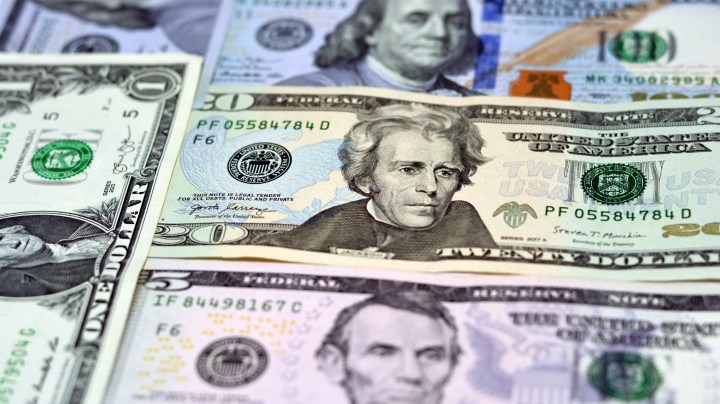 COPY
Just like cash, the value stored in a digital dollar would be instantly accessible to stores. But are Americans willing to kiss their greenbacks goodbye? Tamer Soliman/Getty Images

Just like cash, the value stored in a digital dollar would be instantly accessible to stores. But are Americans willing to kiss their greenbacks goodbye? Tamer Soliman/Getty Images
Listen Now

As you can tell by the amount of time we’ve devoted to him on the program today, Federal Reserve Chair Jay Powell has a lot going on right now. Tapering. Interest rate hikes. Probably impressing the other Fed governors with his Wordle scores.

Another issue rising to the top of the chairman’s to-do list? Whether the Fed should create its own digital currency, a so-called digital dollar. The Fed released a long-awaited report last week weighing the pros and cons of creating digital cash, and it took pains not to take a side one way or the other.

Let’s say hypothetically you need a Mountain Dew and a Slim Jim from the corner store to power you through the afternoon. If you’re low on cash, you’d probably use a debit or credit card.

“If that bodega’s lucky, he’ll actually see the money in a few weeks’ time, but not immediately,” said Chris Giancarlo, who heads the Digital Dollar Project, a nonprofit advocacy group.

He said that in the future, with a digital dollar app on your phone, “you go into your shop, buy your Slim Jim and your Mountain Dew, and you put your mobile device into the store’s reader, and money actually moves.”

This may sound kind of like bitcoin or other cryptocurrencies, which are digital. But the idea is that a fedcoin would be as stable as that $20 bill you keep in your wallet.

“That’s entirely different from a cryptocurrency, which is an asset whose price and value in U.S. dollars is going up and down day to day, sometimes quite dramatically,” said Todd Keister, an economics professor at Rutgers.

China already has a digital yuan, though it’s still in its early stages. With more than 80 countries exploring digital currencies, some fear that not going digital could endanger the U.S. dollar’s global dominance.

But there’s plenty of skepticism about whether Americans themselves would embrace this.

So, 10 years from now, if you bring cash to the corner store for those Slim Jims, they may even charge you an additional fee.