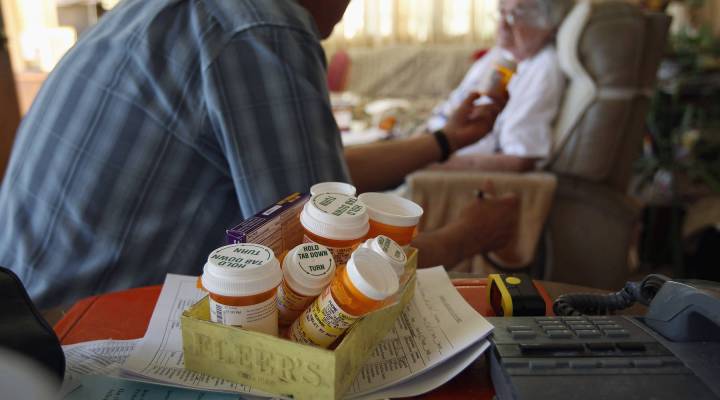 Stacey Vanek Smith: President Obama’s health care reform is having its day in court. For the next three days, the Supreme Court will hear arguments about several aspects of the overhaul. Watching the proceedings very closely? The health insurance industry.

Vanek Smith: So tell us what the insurance industry’s stance on health care reform has been so far.

Silvers: They had a grand bargain that they would stop doing bad things if they could have enough new enrollees to spread out the risk.

Vanek Smith: That would be with the mandated insurance?

Silvers: Yes, they were actually supporting the bill. But it was contingent upon having enough new people come in. So they stopped doing pre-existing conditions and canceling policies and things of that sort to limit the risk if they had a broad pool. So part of the trouble is that if the pool goes away — that is, if the mandate goes away — they have petitioned the court to get rid of those things that are very popular.

Vanek Smith: So what is the insurance industry hoping for when it comes to this Supreme Court decision?

Silvers: I’m sure you’d find different people with different opinions, but I think by and large, at the industry level, they think this is a good deal. It broadens the market out if the plan stays, they get 24 million new customers, people are happier with insurance, they like what’s going on. They’re scared, though, and they’re particularly scared that if they lose the mandate, then they’ll have to bear a whole more risk that they hadn’t planned on. And that could really destroy the business, cause major troubles for them.

Vanek Smith: So it’s either an all-or-nothing kind of proposition from their point of view?

Silvers: It may the worst of all worlds, and this is what they’re worried about. The mandate goes, but the requirements stay, and then people could sign up for insurance when they get sick, then they couldn’t get rid of bad risks if they showed up. The things they’ve tried to do to hedge the risk, they’d still have to do that — they still have to accept people when they showed up, but they wouldn’t have any assurance that they’d be getting an even distribution of people across different health statuses. It’s really a dangerous time for them right now. If the mandate goes, the health insurance business is in big trouble.

Vanek Smith: J.B. Silvers is a professor of health finance at the Weatherhead School of Management at Case Western Reserve University. J.B., thank you.