South by Southwest kicks off today with its “interactive” conference taking place through the weekend. The Wall Street Journal says this year’s breakout sessions will focus on reinventing democracy. “After years of debate, the traditional players in government are beginning to accept the Web’s disruptive potential, said Don Tapscott, an author and technology adviser, who will give a keynote on the topic at South By Southwest.”

After 2011 success stories around the Arab Spring, SOPA/PIPA Internet campaigns, and the Occupy movement, techies are trying to figure out how to move forward. And what better time to focus on democracy than in an election year. Again from the Journal: “At South By Southwest, groups will present new ideas like TurboVote, a website that encourages voting from home by putting traditional in-the-mail tools online, and Americans Elect, a nonprofit website aiming to create an online national primary in June to elect a bipartisan ticket for the presidential election based on issues, rather than political parties.”
New technology, I salute you.

The New York Times breaks down what are expected to be the three big categories this year:

Social Discovery – Now that you have connected with all your friends, here’s how to make new friends and new connections.

Find My Friends- But what if you can’t find where your physical friends are at any given moment? A ton of new apps/products aim to help you do exactly that so you can temporarily ignore the crushing fact that we’re all alone in the universe and will die alone.

We’re curious to see how hyperlocal guides and services like LocalMind, which lets users broadcast questions to the public, as well as Caterina Fake’s latest venture, Pinwheel, which lets people leave tips and notes for one another in the real world, play out during South by Southwest. If there’s any place for them to gain momentum, its among the thousands of smartphone-wielding people who will take over the city this weekend. 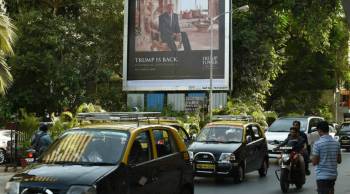