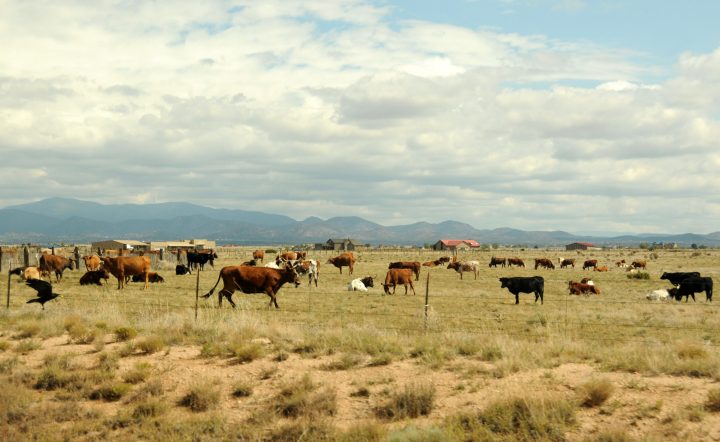 COPY
According to a study published this week in the journal Nature Climate Change, it’s the worst drought the Southwest has experienced in at least 1,200 years.  icholakov / Getty Images

According to a study published this week in the journal Nature Climate Change, it’s the worst drought the Southwest has experienced in at least 1,200 years.  icholakov / Getty Images
Listen Now

We’ve known for a couple of decades that the American Southwest is experiencing a serious drought. According to a study published this week in the journal Nature Climate Change, it’s the worst drought the region has experienced in at least 1,200 years.

It’s been particularly hard on farmers and ranchers.

Ranchers in the Southwest didn’t worry so much about precipitation when Marjorie Lantana was learning the ropes back in the ’70s.

“Those are the years that we’ve seen a lot of rainfall and even snow. I remember seeing snow at my knee high. So there’s quite a big difference,” she said.

Lantana is a third-generation cattle rancher on the Navajo Nation in New Mexico. She noticed drier conditions setting in about a decade ago.

Then, about four years ago, she made a difficult call and started selling off cattle her rangeland could no longer support.

“It’s causing a financial hardship on us,” she said.

And that hardship probably won’t let up soon, according to climate scientist Jason Smerdon.

“The likelihood that this drought continues into the summer is very high,” he said.

Smerdon is at Columbia University, and a co-author on the study that found the West’s current megadrought is the worst since at least the year 800.

He said part of what’s going on is just an unlucky run of low precipitation in the West.

“But on top of that, the West has been warming,” he said – thanks to increased greenhouse gas emissions.

“Forty-two percent of the severity of this event can be tied to the warming out west, which is directly due to human activities,” he said.

Farmers in the Southwest have been adapting to the hotter, drier conditions, said economist John Fleck at the University of New Mexico.

“The important food supply crops, the nut crops in California, the lettuce and vegetables down in the lower Colorado basin, we still grow as much of those as ever,” he said, adding that farmers are dropping crops and livestock that aren’t essential to the country’s food supply and can be produced in wetter places.

“I love my chile, I really love my Hatch chile. But I’m not worried that if Hatch stops growing chile I won’t be able to get chile,” he said.

Fleck said we’d get our chile from someplace else. But local economies that are built around the Hatch chile crop would be left behind.