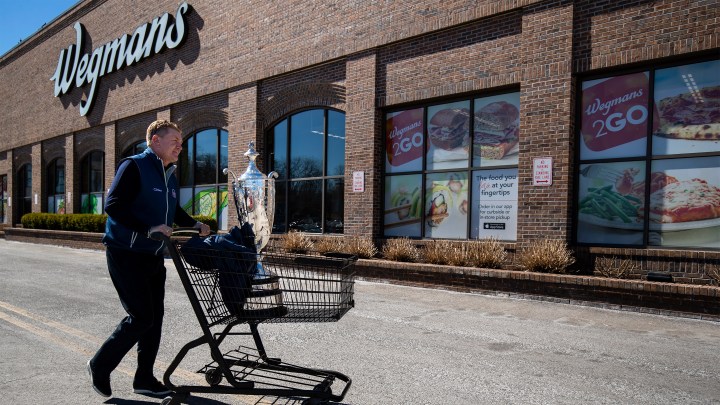 Matthew Benidt lives in Phoenix, but he commutes almost every week to San Francisco, where he works as an executive at a credit union. And he always flies on Southwest Airlines.

Actually, he’s kind of obsessed with Southwest. He keeps miniature models of its planes on his desk. He taught his three-year-old son to recognize Southwest jets when they fly over his house.

“So, this is crazy,” Benidt said. “I look forward to the Southwest Airlines earnings calls just so that I can understand what the company strategy is, you know what their perspectives are.”

And he’s so loyal, he won’t fly anywhere Southwest doesn’t. So that crosses most international travel off his list.

“People are willing to do irrational things for these products that they wouldn’t do for another product,” said BJ Bueno, who runs a consulting firm called the Cult Branding Company. He says a cult brand has a select group of customers who become devoted — sometimes obsessive — fans.

“Some people go as extreme as to tattoo themselves with the brands that they love,” he said. “They join communities. They form clubs.”

Look at Wegmans, the grocery chain from upstate New York. It’s opening a store in Brooklyn this fall. And that news has fans of the company in a state of rapture.

Every time Wegmans opens a new location, customers line up for hours. There are Wegmans fan clubs. One high school in Massachusetts even put on a Wegmans-themed musical.

What is it that turns a customer into a die-hard fan? It can be pretty basic stuff. Wegmans customers rave about its fresh seafood and knowledgeable employees and endless varieties of cheese.

Southwest fans like Matthew Benidt say it’s because of the company’s culture; that its flight attendants go out of their way for you.

Kit Yarrow, a consumer psychologist, says there’s something else going on here, too. That people want to belong to something, and companies with a clear brand can give them that. Take the classic cult-brand example, Harley-Davidson.

“They really strongly represent the values of freedom, American pride, you know, more than most any other brand,” she said. “And the people that are Harley fans, they’re all in it. I mean, this is part of who they are.”

Companies that want to attract a cult following often do it by creating spaces for their fans to connect. Harley did that in the 80s, when it started a club for its riders called the Harley Owners Group, also known as “H.O.G.”

They also do it by making their fans feel extra special. Giving them perks like the free-wifi, or free same-day standby that Benidt gets for being a very frequent flier on Southwest.