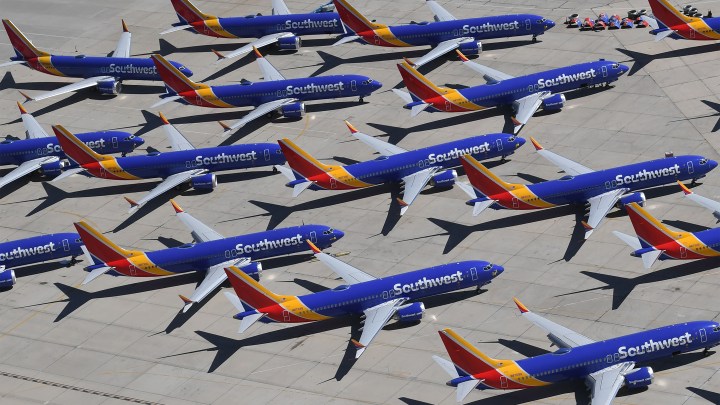 COPY
The Department of Transportation announced Tuesday that it will look into boosting protections for airline passengers seeking refunds for tickets. Mark Ralston/AFP via Getty Images

The Department of Transportation announced Tuesday that it will look into boosting protections for airline passengers seeking refunds for tickets. Mark Ralston/AFP via Getty Images
Listen Now

The U.S. Department of Transportation announced Tuesday that it is taking public comments on a proposal aimed at boosting protections for airline passengers seeking refunds for tickets. The department said since the start of the pandemic, it’s been flooded with complaints from consumers with non-refundable tickets who couldn’t travel because of flight cancellations or personal health concerns.

The announcement follows another from Southwest Airlines last week, which said it was getting rid of its one-year expiration date on flight credits. The department’s move makes permanent a policy many airlines, including Southwest, adopted temporarily because of the pandemic.

Heidi Hoehn, general manager of the Pasadena, California branch of the TravelStore agency, says it’s a big deal. “The minute it was announced, we sent out notices to all of our advisors, as well as to many of our corporate accounts that rely on Southwest for travel,” said Hoehn.

Hoehn also says Southwest’s policy is a departure from how things have worked in her 35-year career, when a one-year expiration on travel credits was pretty standard across the industry. Now, she says, COVID has left a lot of people with those credits.

“I mean, I’m rebooking flights and cruises and tours and vacations for people every day, who are sick, and having to cancel,” she said. In an email, Southwest calls this a concerted move aimed at their customers.

Some analysts expect other airlines will follow. Other carriers did so earlier in the pandemic after United started canceling change fees, a policy Southwest has had for years. Henry Harteveldt, president of Atmosphere Research Group, says these changes offer passengers flexibility, but there’s a lot in it for the industry too.

“Anyone who’s sat in an economy class seat knows airlines are not customer-centric. This is a pragmatic view, a pragmatic move,” said Harteveldt.

Such a move could reduce call volumes at Southwest’s reservation center, according to Harteveldt.

It might also help the company spread out the crowds a bit at a time when travel is a mess, says independent analyst Robert W. Mann Jr. But he says consumers looking to cash in their credits may be in for a surprise.

Still, he says it’s a win-win, both for the airline and customers who aren’t quite ready to rebook.