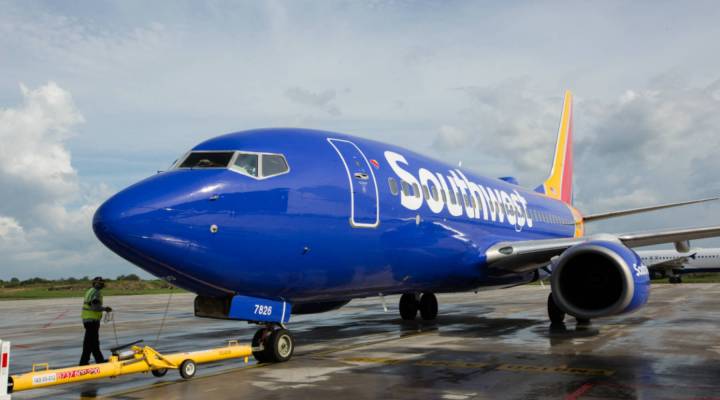 This week, Southwest Airlines is bringing back a familiar slogan: “Wanna Get Away?”

The last time that tagline was featured in advertisements was nearly a decade ago. The ads typically featured people looking to skip town after humiliating themselves.

“It has broad appeal. Everybody relates to those moments,” said Anne Murray, senior director of marketing communications at Southwest Airlines.

Murray said the airline’s newest “Wanna Get Away” ad is running in several local markets, including a debut on NBC’s Thursday night National Football League broadcast.

The campaign is a way for Southwest to tout its cheap fares, which start at $59.

Advertising agency GSD&M developed the tagline in the late ’90s. Creative director Lara Bridger said the campaign still has a lot of life left in it.

“It existed before social media did,” she said. “We weren’t really able to take advantage of that.”

This time around, the airline is daring people to share their most embarrassing moments online in exchange for the chance to win a free trip to Belize.

Plugging its international flights is part of a larger branding effort. The airline is also rolling out new uniforms, an updated logo and several paint jobs.

He said to boost its growth, Southwest is returning to its roots. Hopefully, customers will remember its old campaign – or that would be embarrassing.