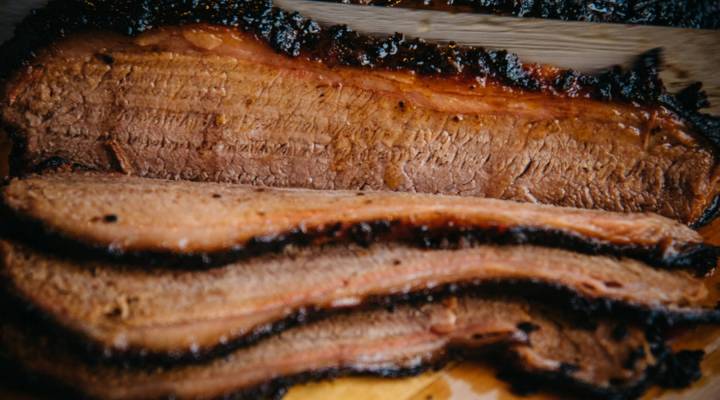 The South by Southwest festival is wrapping up in Austin, Texas, this weekend. According to a report from the festival looking at 2015, last year, it injected more than $317 million dollars into the Austin economy.

Some of that cash goes to IronWorks BBQ.  It’s a family owned business, close to the Austin convention center, in an unassuming, 100-year-old red building.  This is the restaurant’s biggest week of the year, which means they may have to accommodate some unusual tastes.

“We have so many vegetarians that come through South by Southwest that I smoke tofu for them now,” said Morris.  “And we sell a ton of it every year.”

Tofu is only around during the festival — IronWorks will also sell thousands of pounds of brisket and beef ribs.

It’s also the only time of year the restaurant is open on a Sunday, and that’s due to how South by Southwest has grown since it started nearly 30 years ago.  Morris said what began as an indie festival to showcase the Austin music scene has grown into a bit of a monster.

“Probably the number one thing you notice now is the insane amount of corporations that are all fighting for attention.  And they are really aggressive in how they do that from spray painting messages on sidewalks to–yesterday I saw a pedicab that was outfitted like a bed,” said Morris.  “I know they’ve been working on reigning it in, and it’s going to have to be a balance.”