Taking your friends and followers to the bank

Taking your friends and followers to the bank

Kai Ryssdal: I’ve been known to Tweet every now and then, but I’m nothing compared to the power users. There are people out there who put in hours everyday on Facebook and Twitter. And as it turns out that — let’s call it social networking passion — may have an upside. If you’re the type who knows how to win friends and influence people.

Steve Henn: When Charlie Sheen went off the deep end earlier this year, he launched a Twitter account. In just one day, he had more than a million followers, in a week he had two million. Then he cashed in.

Arnie Gulov Sing: A celebrity will earn between a few hundred to a few thousand to even the low five figures for a single tweet.

That’s Arnie Gulov Sing. He’is founder and CEO of Ad.ly, a service that helps celebrities tweet for profit. He hooked Sheen up with Internships.com. Sheen tweeted about needing a “winning intern with Tiger blood.” The tweet guided hopefuls back to Internships.com.

Sing: I think 95,000 people clicked on the tweet in the first hour and over a million people ended up visiting the website.

For Internships.com, Charlie Sheen’s tweet was the online equivalent of a Super Bowl ad. Suddenly the marketing world woke up to what to social networks and celebrity could do. The key was identifying who is influential online.

Joe Fernandez is the founder of Klout. Klout rates people’s influence online based on tweets, retweets and the size of your audience on social networks. It uses a scale from 1 to 100. Celebrities like Sheen have huge Klout scores in the ’90s. Joe Fernandez’s mom? Well…

Fernandez: She has a relatively high Klout score with me — but overall it’s probably like 10 or 12.

But somewhere between Joe’s mom and Charlie Sheen, there’s a B-list in social media. And with some effort, you could be on it. Klout is trying to build a business by connecting marketers with regular people who can sway their friends online.

Fernandez: So we actually reach out to those people.

Say you are passionate about cars. You write about them and tweet about them all the time. Then Klout hooks you up.

If you are influential on almost any area, you could benefit. HP’s given away free laptops through Klout to techies with big Twitter followings. Red Bull has sent snowboarders on paid vacations.

Another business called Top Prospect has made it even easier to make some money from your social network. You sign up at the site, then it trolls through your friends on Facebook and LinkedIn, looking for candidates for jobs Top Prospect is trying to fill.

Brooks Morgan: A guy that I knew was looking to move out the Bay Area and I couldn’t hire him at the company I was at, but I wanted to do him a solid and hook him up with a job.

That’s Brooks Morgan. He recommended a friend for a job he saw on Top Prospect. His friend, who is a programming rock star, got the position. Morgan got a $10,000 — $10,000 just for helping a friend land job. Morgan admits he still feels a bit guilty.

Morgan: I took him out to a nice dinner.

Morgan: Not quite that nice, but I probably owe him that.

It’s the same old story — even online — it’s not what you know but who you know, and maybe who you can influence that matters. 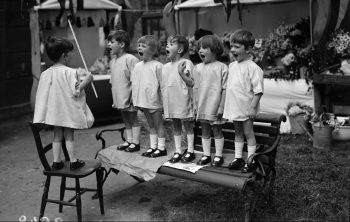