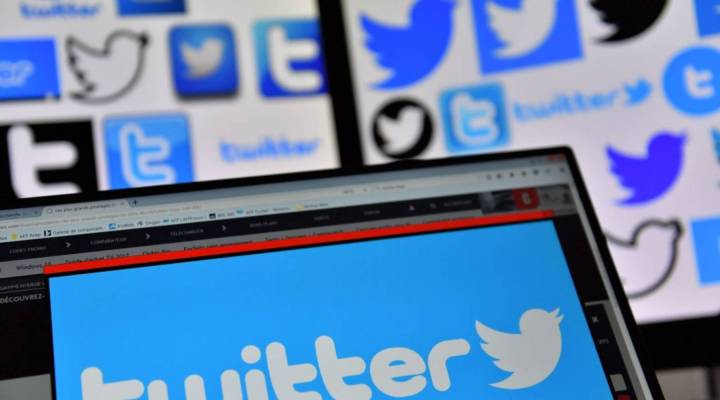 If you want to gain thousands of followers on Twitter overnight, it is not that hard. A company called Devumi can do just that for you — you just have to pay for it.

A group of investigative reporters from The New York Times went inside social media’s black market to examine the process and effects of fake follower purchases. And they came back with a profound story called “The Follower Factory,” along with some grade-A digital graphics and design folks. Nick Confessore, one of the reporters, spoke to host Kai Ryssdal. Below is an edited transcript of their conversation.

Kai Ryssdal: There is an amazing statistic in this piece. Somebody with, like, 100,000 followers gets X amount of dollars for an endorsing tweet, and somebody with a million followers gets, like, some multiple thereof. I mean, it’s crazy.

Nick Confessore: That’s correct. So there is a data from Captivate, which is an influencer agency, and they provide this data to us. So the current market rates are roughly: If you have 100,000 followers, you might get $2,000 for a promotional tweet. If you have a million followers, you can earn $20,000. But guess what? You can buy that million followers for just $2,000. So it really pays for itself quite quickly if you can fool the advertisers who are paying you.

Ryssdal: Should it happen that I wanted to go out and buy myself a million followers — which for the record, I don’t want and haven’t done — there’s a company you talk about who will happily provide me. Tell me about them.

Confessore: That’s true. So if you go on Google and search for “How do I buy followers?” you’ll come across a company called Devumi. They can sell you the appearance of influence and reach, and they can sell you retweets and followers on Twitter. And that’s a big business for them. In the last few years, I believe that they have made $2 million just from selling Twitter followers.

Ryssdal: Interestingly enough in this piece, some of the folks who are buying followers, Kathy Ireland and John Leguizamo and many others, they back off or get skittish as soon as you said to them, “Why are you doing this?”

Confessore: That’s right. Look we contacted or tried to contact almost every person who is a client of note of this company. Some of them are very forthright. You know, James Cracknell who is a British Olympian, said, “Look I bought them. It was stupid. I feel rotten about it. You know, I don’t want to be followed by fake people. I wouldn’t do it again.” Yet people who never return my phone calls or my emails, like Michael Dell, the computer billionaire. He bought 100,000 followers. Kathy Ireland, it was an employee of her marketing agency who bought them. She and her representatives claim that she did not authorize these purchases, but look, most of her follower count is synthetic, and she is out there as a brand ambassador on Twitter for all these companies that pay her to be influential on social media.

Ryssdal: One more, just in the world of journalism, Richard Roeper at the Chicago Sun Times. The paper announced I guess yesterday after your piece was published, they’re not going to publish any more of his columns until they get to the bottom of this him buying followers thing.

Confessore: That’s right, Richard Roeper was a client of this company Devumi. We see that he made purchases from the company over a few months or a year, I believe. So look, even as a successful film critic is going to be a person who looks around and says, “I should have more influence on social media. I should have more followers, and if I can’t get them the old-fashioned way, I’ll obtain them the really old-fashioned way, which is to buy them.”

Ryssdal: Twitter says what about bots and how they are used and abused in this follower chase?

Confessore: Twitter has an interesting response here. First of all, it’s actually against Twitter’s terms of service to buy followers or buy engagement. So it’s against the rules. But I think they have an issue. You can buy followers for anybody. I could go buy a million followers for you in the next 10 minutes. And you would get them and have no control over it. So one issue for Twitter is they can’t always be sure who made the purchase. And it’s fascinating. It was like a whole system here they haven’t really had a handle on.

Ryssdal: It’s completely nutty, and the idea that you can buy followers for me — and once again, don’t — but the idea that you could is first of all bananas, but doesn’t it give lie to this whole social media influencers and all of that stuff? Isn’t it just a sham now?

Confessore: I think a lot of it is a sham. You know the advertising agencies and the marketing agencies and then the new influencer agencies will tell you, “Well, we have accountability. We have ways of checking. We measured engagement and how many people are actually responding.” but you know what? You can buy the engagement, too.

Confessore: And most of these agencies, I’m sure they’re trying their best, but I don’t think that they have many tools beyond what the social media companies provide them with, which is not much. These social media platforms are where commerce and politics are taking place increasingly, and they are black boxes. They are controlled by private companies. They are exempt from the First Amendment. And no one knows how they work except the people who own them.

Ryssdal: Nick Confessore is an investigative reporter for The New York Times. His most recent piece, with a bunch of other people at The Times, including, I will tell you what, some grade-A digital graphics and design folks. It’s amazing online. Check it out. It’s called the follower factory.