Easy Street learned something interesting today: Credit Suisse has newly instituted a policy forcing its traders to take an extra week of vacation every year without access to their computers. The move gives the bank more time to catch any aspiring rogue traders, if they are lurking within its ranks.

Until now, Credit Suisse has required its traders to take at least one full week of what’s called “block leave” – a week of vacation where they are required to disconnect completely from their offices, their computers, and their BlackBerryies, where they essentially fall off the financial map. The bank is now kicking that up that required allotment to two weeks.

The purpose of forcing traders to take two-week blocks of vacation without access to their computers is not, of course, to make sure that they are well-rested and effective (such a touchy-feely concept would be alien to the competitive nature of the Street).

Instead, the policy is about one thing: catching rogue traders and checking up on everyone else who works on the trading floor. It’s designed to shoo traders off their desks and away from their portfolio of clients, so that other people at the firm can check out their “book” of trades and comb them for irregularities, fraudulent trades, and in general to clear away any webs of financial deceit. For that purpose, one week is good; two weeks is better.

The basis of the policy is to basically tear a potential criminal trader away from his tools by physically separating him from his computer, which, these days, is the primary way traders communicate. (Except, apparently, at MF Global, where they still took their trading orders mostly by phone, and perhaps walked uphill both ways in the snow to do it.)

A trader’s list of daily trades is known as his “book” – and once upon a Wall Street time, it was an actual book, made of paper. But now a trader’s “book” is a computer file behind a corporate firewall.

That’s where that forced vacation time comes in. A rogue trader is out of luck without access to his own computer, or his bank’s trading network. He’d at least need a human accomplice to keep up his fraudulent trades while he’s gone- which would be an unlikely move since most rogue traders are lone wolves. The rogue trader’s furtiveness and paranoia is limitless, and his attachment to his desk and commitment to his  bet is unbreakable. Wilmer Hale, a law firm, has a wonderful article about the history of rogue traders.

Firms like Fiserv have a number of technological solutions for finding rogue traders, and Wall Street banks have spent millions setting up alarms, tripwires, and other financial radar systems for catching nutty trades. The results are hit-or-miss; the traders they catch early, you rarely hear about. And the traders the firms catch late in their cons – well, obviously they weren’t deterred by the technological obstacles. Only physical separating a trader from his computer works to break the spell. Physical separation from their BlackBerries is, of course, just a good idea, considering how Easy Street has already noticed that the little devices tend to impel people towards sinister behavior.

Ergo, the low-tech strategy of forcing these two-week vacations comes recommended highly by….former rogue traders. (Of course.) Jerome Kerviel, the rogue trader who cost Societe Generale billions because of bad trades, used his work computer to rig an elaborate pulley system of bad trades. Later, he thumbed his nose at his lax supervisors, saying in a “duh” moment, “The fact that I didn’t take vacation days in 2007 should have alerted the management.” Kerviel rubbed more salt in the wound, adding, “That’s one of the first rules of internal controls. A trader who doesn’t take vacation is a trader who doesn’t want to leave his book to someone else.”

(One might argue that a French trader who rejects his countrymen’s sacred love of vacation time is an especially bright red flag, but that discussion is for another day.)

So, why two weeks? Traders live in a short-term existence. Most of their trades take place over the course of hours. So an extended time like two weeks is enough time to see if any of the trades will fall apart – for instance, if they are falsified or look suspicious. It’s hard to tell otherwise. On a busy trading floor, with all the stress and billions of theoretical dollars flying in the air, everyone looks a little distracted, and acting strangely is just part of the job. And as Fiserv noted in a white paper, “In times of economic unrest, financial crime tends to flare.”The more stressful the market environment, the greater the likelihood that traders will take enormous, irresponsible  bets in a “get rich quick” trading scheme. (Paging, again, Jon Corzine).

A veteran trader tells Easy Street that the “mandatory block leave” idea came about back in the day when those trading books were actual books, as we mentioned. Trades used to be communicated on little slips of paper. If a trader wanted to falsify information, he hid that piece of paper in his desk. A week’s vacation would give the firm enough time to rifle through his desk and find any hidden trade tickets.

Of course, rogue traders also have other advantages against their corporate masters. Besides not taking vacations, some rogue traders also evade detection because they like to trade risky assets – like equity derivatives – that no one else understands.Both Kerviel and this year’s infamous rogue trader at UBS, Kweku Adoboli, traded those complex securities under the umbrella of the futuristic, dystopian name of “Delta One.” (That sounds like something you’d come across in the engineering room of the Starship Enterprise – clearly a “stay away” sign for mere mortals.) A broker once told the Financial Times: ‘Management doesn’t understand what goes on in the Delta One desks. If you sat down with a CEO and asked them to explain what happens they would try but they couldn’t give you an accurate answer because they don’t understand.’

That disconnect — between the traders of complex securities and everyone else at a firm —  is still going to be a problem for banks. Unless, that is, officials use those two-week breaks to brush up on their own grasp of complex math.

It’s not clear why Credit Suisse changed its policy now; I’ve called them for comment on that.** But you can’t argue with the timing, considering the craven end of MF Global and the fact that Credit Suisse’s biggest rival, UBS, saw its chief executive, Oswald Gruebel, lose his job after the bank failed to stop rogue trader Kweku Adoboli.

**Update: Credit Suisse confirmed the change in policy. A source familiar with the matter told Easy Street this evening that the firm made its decision in 2010 following a white paper from the Committee of European Bank Supervisors (CEBS) that recommended that all European banks impose a minimum of two weeks’ leave for all traders and their supervisors. Later, in July of this year,  England’s Financial Services Authority – which is the top regulator for banks in London and the equivalent of our SEC in America – adopted the CEBS’s suggestion of a minimum of two weeks’ leave for all banks that do business there. Or, as that famous poster about gravity would describe it, “It’s not just a good idea. It’s the law.” 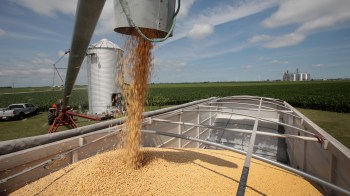 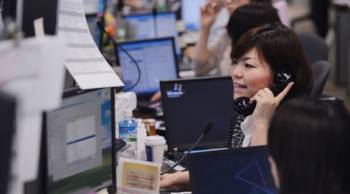