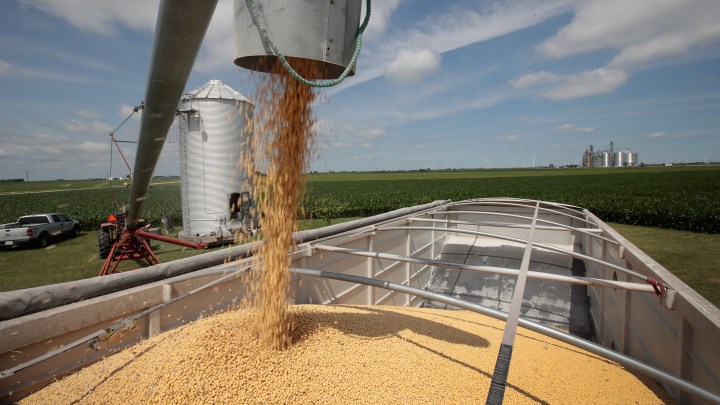 COPY
Soybeans are loaded onto a truck to be taken to a grain elevator in Dwight, Illinois. Scott Olson/Getty Images

Soybeans are loaded onto a truck to be taken to a grain elevator in Dwight, Illinois. Scott Olson/Getty Images
Listen Now

The U.S. Department of Agriculture announced last week that China would buy more U.S. soybeans before a scheduled meeting between President Donald Trump and his Chinese counterpart, Xi Jinping, that ended in renewed discussion of trade negotiations.

Soybeans have been subject to significant Chinese tariffs since July 2018, but this latest move is being interpreted as something of a goodwill gesture. Soybean commodity traders, like Al Kluis of Kluis Commodity Advisors, are skeptical about this latest development changing current trade tensions between the two sides.

Kluis spoke with Kai Ryssdal about the current state of the soybean trading market and how some of the losses from the soybean tariffs may never be recovered. 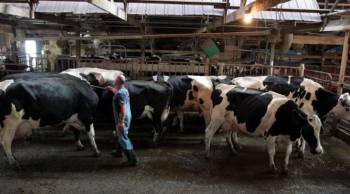 Can the government offset the costs of its trade fight?