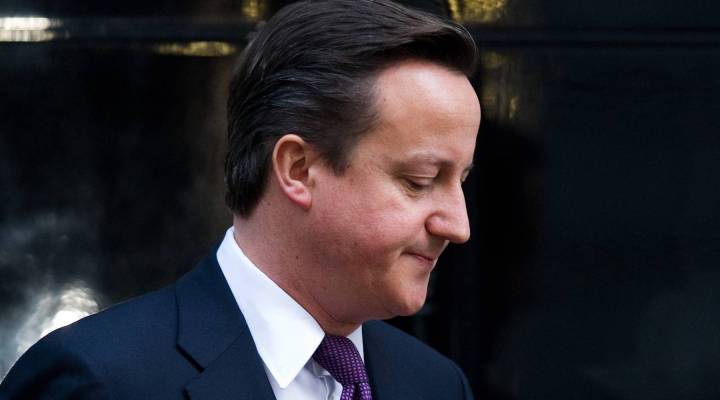 PODCAST: Cameron in the doghouse, a dent in the debt

PODCAST: Cameron in the doghouse, a dent in the debt

French President Nicholas Sarkozy told Le Monde newspaper this morning that the legal details of Friday’s euro summit deal will be coming in the next 15 days.

In the U.K. today, British prime minister David Cameron will explain to his parliament why he didn’t support the deal.

Borrowing costs for Italy are a lot lower today, with bond buyers feeling a little more confident about a European plan to avert another debt crisis.

Today is expected to be the busiest shipping day of the year for FedEx. The company is expecting to ship 17 million packages today, up from last year’s peak of 15.6 million.

The movie “New Year’s Eve” led the weekend at the box office. But Tinseltown hasn’t been very… tinsely… the past couple of weekends with the worst overall showings of the year.

Intel said this morning it’s gonna take a hit this quarter because of hard drive shortages. That’s a result of the historic flooding that’s been impacting high tech factories in Thailand.

To a woman in suburban Chicago who recently decided to get her 18-year-old son Daniel a savings account at the bank to teach him fiscal responsibility. But, according to the Chicago Tribune,  he let the account balance drop down to about $5 . So he was hit with a fee for not having enough money in the account, and then another fee, for every day the account was overdrawn. Long story short, he racked up $229 in fees. And says his lesson from the experience is: don’t trust banks.

A Florida man left a lot of money and his home to Uncle Sam, all in an effort to reduce the nation’s debt. James Davidson’s home was just sold at auction over the weekend, bringing in almost $1.2 million. And he also gave a million bucks cash to the cause. The U.S. debt stands at $15 trillion. Thanks to Mr.Davidson, that’s now $14 trillion, $999 billion, $997 million, $800,000. And a few cents.

And in today’s Mid-day Extra, we look at the latest tech IPO to launch this week, and whether a gaming expert thinks it will do well or not.