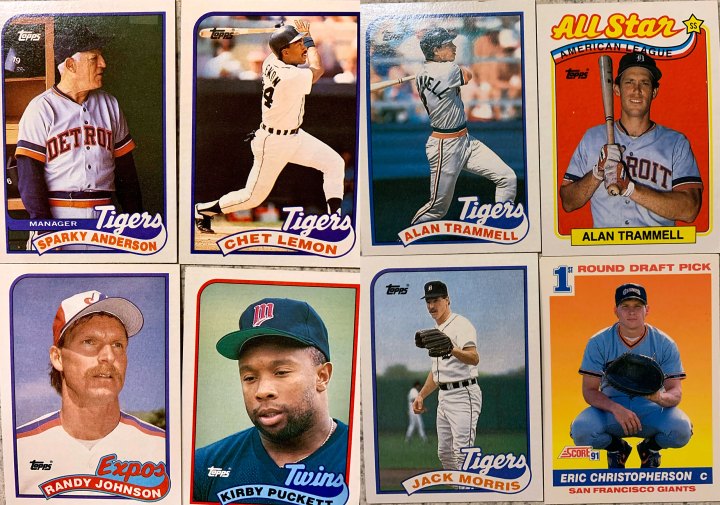 Ken Cameron remembers the first time he held a $20 bill. It was the late 1980s, he was around 10 years old and he’d earned it through a lot of chores and jobs around the house.

“I knew what I wanted to do with it: I took it right to Downriver Rookie,” said Cameron, a high school history teacher from Dearborn, Michigan.

Downriver Rookie was a sports-card store in Lincoln Park, Michigan, where Cameron and his friends would buy baseball, football, basketball and hockey cards featuring their favorite Detroit players. They’d gawk at the memorabilia on display and check the value of their cards in the shop’s Beckett magazines — just for fun, because they never sold them.

“You can almost smell the cards when you think about it hard enough. And, of course, the stale gum that came in every pack — let’s not forget that. I can still taste it,” Cameron told Marketplace.

He still remembers the excitement of the first time he stepped inside the tiny store. One of his friends’ fathers, who was a teacher himself and had summers off from work, took a group of kids there and bought them all their first pack of cards.

“So I think that first trip really started us out on card collecting, and I never went anywhere else besides Downriver Rookie. That was the only shop I ever knew.”

Now there’s an empty storefront where Downriver Rookie used to be. Cameron thinks the store closed a couple of decades ago, after he and his friends had stopped visiting. And he’s not sure if that kind of shop could survive today.

“I have seen collectible shops, but that small, tiny storefront [where] all they did was cards, I don’t know if that could happen today. I just haven’t seen it,” he said.

Cameron is a dad of four now, and his kids usually get their baseball cards from Target or Amazon. He wishes they could experience Downriver Rookie for themselves, but they still look through their cards together and talk about their favorite players.

“Baseball was such a part of my grandfather’s life, my father’s life, my life. My kids all play ball,” he said. “And thinking about that shop and those cards, it just strings it all together.”