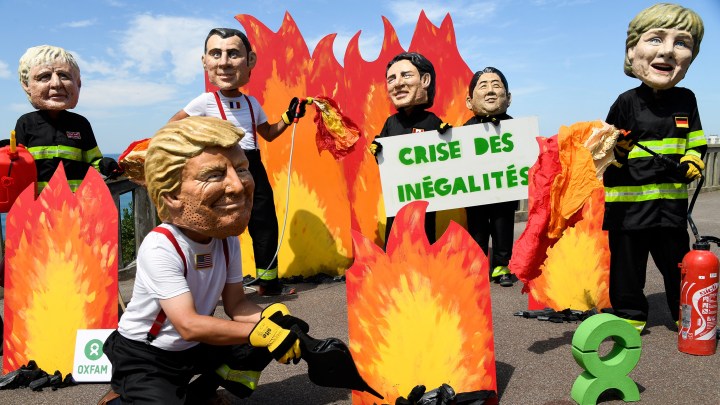 The leaders of Britain, Canada, France, Germany, Italy, Japan and the United States will meet in southwest France from Saturday until Monday to discuss how their economies can tackle the issues of the day.

But the tone of the G-7 meetings is not expected to be very cordial. In fact, French President Emmanuel Macron already indicated, for the first time since the summit began in 1975, this year’s G-7 will not issue a joint communiqué presenting a united front out of the meetings.

“It’s a testament to how wide the rift in trans-Atlantic relations has become,” said Stewart Patrick, a senior fellow at the Council on Foreign Relations.

And then there’s the contentious issue of climate change — the U.S. pulled out of the Paris Climate Accord two years ago.

“It’s problematic when we do not figure the issue of a changing climate into global economies’ infrastructure and decision-making,” said Mike Sfraga, director of Wilson Center’s Global Risk and Resilience Program.

Sfraga said international commerce and trade will undoubtedly be affected by the changing climate and leaders at the G-7 summit will eventually have to come up with a plan to adjust.