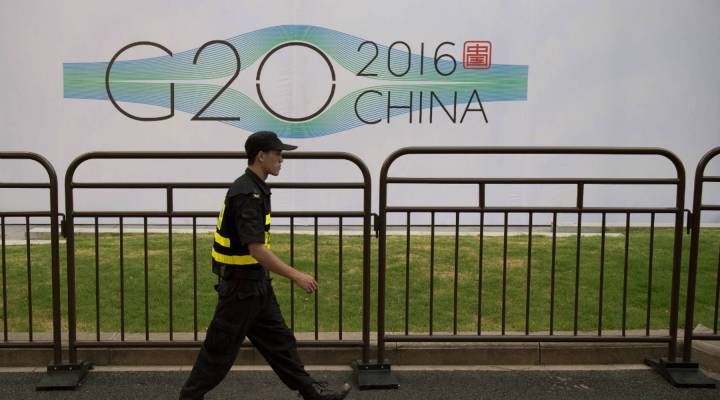 The Group of 20 Leaders Summit will be held Sunday and Monday in Hangzhou, China. It will be President Barack Obama’s last. The G-20 includes the world’s 20 leading developed and developing economies.

The first G-20 summit Obama attended was in 2009. It came at the height of the global financial crisis, and the measures the G-20 leaders agreed on were dramatic and effective, said economist Barry Bosworth at the Brookings Institution.

“They came up with a huge stimulus package — much bigger than could have been done by any one country,” Bosworth said. “They also reached an agreement to not engage in trade-protectionist measures.”

These are still major, and embattled, priorities for the G-20 leaders today, said Eswar Prasad, a former International Monetary Fund official who teaches economics at Cornell University. He expects the G-20 leaders to issue encouraging statements in their final communique: “I think we will get glorious statements about how important it is for each economy to promote growth, to remain open to trade.”

But now that the acute financial crisis is over, and central banks are running out of tools to stimulate growth, Prasad said, “these summits do not produce very specific deliverables.” And, he said, there’s little concrete that the leaders can do to counteract a rising tide of anti-free-trade and anti-globalization sentiment in developed economies, primarily the U.S. and Europe.

“It’s not a great time to be talking about free trade,” Prasad said, pointing to the growing electoral strength of anti-integration parties in the EU, the success of Brexit in the U.K., and the opposition of both major-party presidential candidates in the U.S. to the Trans-Pacific Partnership.

“The best G-20 leaders can do is just try not to lose ground on trade,” Prasad said.

The G-20 leaders and their top aides will descend on Hangzhou for the two-day summit after much of the preliminary communique-drafting has been completed. They’ll use the summit as an opportunity for closed-door meetings and backdoor diplomacy on contentious non-economic issues, such as civil strife in Syria and Ukraine, and territorial disputes in the South China Sea.