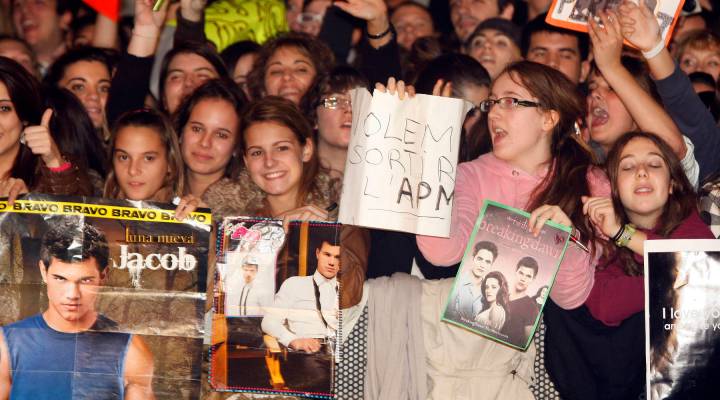 So this weekend, the latest Twilight movie is opening. The movie, by some estimates, is expected to gross as much at $650 million worldwide while it is in theaters.

But what about all of these crazy fans that line up outside movies on opening night, not just for Twilight but for other movie blockbusters like Harry Potter and Lord of the Rings?

In today’s Mid-day Extra, we ask: how did we get to all this midnight movie madness?

For answers, we called up Brent Lang of TheWrap.com. Hey Brent.

He says that these midnight openings are beginning to be an industry standard, but it is hard to tell if the early release really helps in ticket sales — many of the movies that open in the wee hours are expected to be big hits either way.