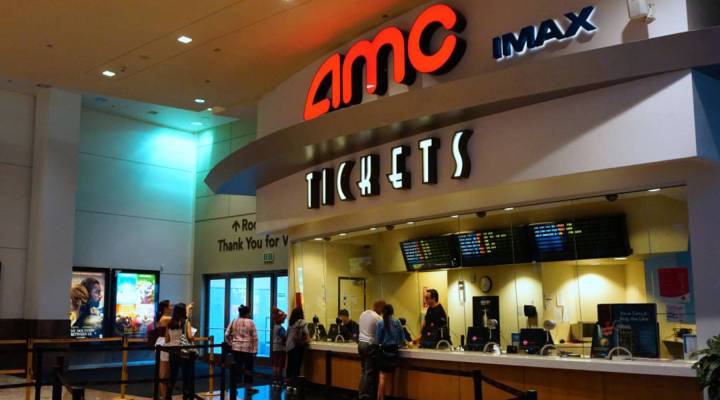 If this summer’s box office sales were a movie, they’d be a big, fat flop. Summer ticket revenue at theaters is expected to finish at $3.78 billion, down 15.7 percent compared to last summer, according to comScore. To cap it all off, for the first time in 25 years, there isn’t a major nationwide film release for the Labor Day holiday weekend. Pamela McClintock, senior film writer for The Hollywood Reporter, wrote about this disappointing end to a lackluster summer for movie theaters. Marketplace’s Adriene Hill talked to her about what’s up with the box office. The following is an edited transcript of their conversation.

Adriene Hill: So why isn’t there some big blockbuster movie in the theaters this weekend?

Pamela McClintock: It is truly an unfortunate series of events. You know, Labor Day is never a big weekend for big studio releases, but there’s usually a number of smaller genre films, and this year people just either moved movies off or didn’t put movies here. So it’s the first time in 25 years that there wasn’t a new major nationwide release over Labor Day.

Hill: Why, what happened?

McClintock: You know, I call it a case of maybe poor scheduling, where just nobody put their movies on Labor Day this year. We’ve seen revenue come in at maybe 150 million for the four days. This year it’s going to be lucky to get to 55.

McClintock: Right. So while it’s never a huge weekend, you can certainly do some business.

Hill: As a whole, how would you judge the summer?

McClintock: It’s going to be down nearly 16 percent, which is the biggest year over year decline that anybody can remember, and I think revenue may eke out a 3.8 billion, and that’s the first time in more than a decade that summer revenue hasn’t hit 4 billion.

Hill: So what happened?

McClintock: You know, I think there was a lot. One thing that happened was Rotten Tomatoes really came into its own now that it’s owned by Fandango, and movies like “Transformers” or “Baywatch” just got crucified by poor reviews.

Hill: And the idea here, as I understand it, is that now that when I go to Fandango, I see these Rotten Tomatoes scores before I buy my tickets, I’m much more aware of a bomb.

McClintock: Exactly. I did a piece about this very aspect. It would sort of be like Volkswagen or another car company putting stories by Consumer Reports right there.

McClintock: You know, it’s sort of an odd placement, because there’s really not a lot of incentive if a movie has a 15 percent Rotten rating to go.

Hill: So that’s one piece of it. Other things that you’d attribute the bad summer to, were there just not the movies there?

McClintock: You know, I think it’s a combination of things. I mean, I do think we’re seeing the effect of, and everyone says this, I sound like a broken record, but of Netflix and Amazon. There’s just so much good television wherever you’re getting it on TV.

Hill: Is this summer going to be the summer that causes a change in business strategy, do you think, from either the theater perspective or the studio perspective?

McClintock: I’m not sure. I think the wheel turns so much more slowly. I mean, the studios already have their next summer set, and it’s just as chock full of sequels and reboots. And on paper it looks a lot stronger. But, you know, I think there is a nervousness when you’re seeing, you know, numerous sequels and numerous reboots. Can they really hold their own?

Hill: So maybe a couple of summers from now we’ll see some new stuff, huh?

McClintock: Here’s hoping. I mean, I’ve been asking everybody in town, you know, how are the conversations changing in the production meetings, and so far I haven’t found a very good mole. But I think there’s got to be true alarm going on.