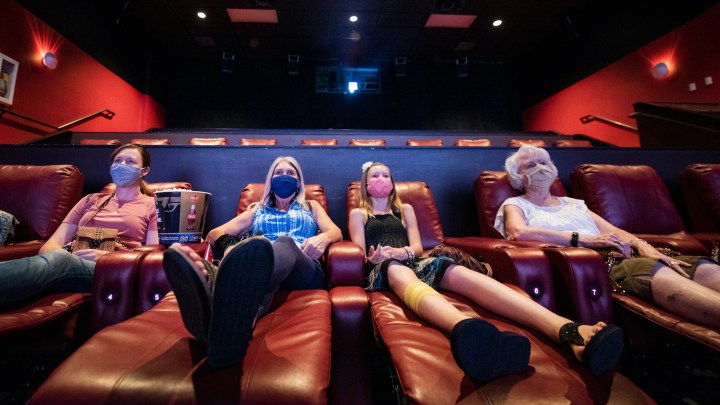 COPY
Studios are committing to releasing blockbusters in theaters again. Will it pay off? Tom Copper/Getty Images

Studios are committing to releasing blockbusters in theaters again. Will it pay off? Tom Copper/Getty Images
Listen Now

Memorial Day weekend is coming up — traditionally a big day for theaters. It’ll be a bit of a test for how U.S. consumers feel about going to the movies again.

When movie theaters were open this past year, they didn’t sell many tickets, and that created a downward spiral. Studios didn’t want to release their big movies to empty theaters. So then the theaters had no new films to draw people in.

“It’s been a real chicken-and-egg situation for quite a while,” said Shawn Robbins, chief analyst with Boxoffice Pro. But things are looking up now. More than half of Americans have received at least one dose of the COVID-19 vaccine “and studios are committing to releasing major films again, essentially on a weekly basis for the rest of the year.”

That starts this Memorial Day weekend with the release of “Cruella,” the Disney origin story, and “A Quiet Place Part II,” the horror movie with Emily Blunt and John Krasinski.

Sisters Movie House, an independent theater in Oregon that just reopened at 50% capacity, will be showing both films.

Right now, people are eager to do anything that feels like going back to normal. That’s especially true for movies, said Jason E. Squire, editor of “The Movie Business Book” and professor at the University of Southern California School of Cinematic Arts.

“There’s this enormous pent-up emotional need to go to movie theaters, to enjoy movies in the exciting circumstance of the dark room with strangers around you,” Squire said. “This is a time-honored entertainment experience.”

Theaters will have competition. A lot of people have gotten used to streaming movies from home. Drew Kaza at Sisters Movie House said he thinks the crowds will keep coming, though.

“We’re pretty optimistic about this year,” Kaza said. “The main reason is we look at this as being the most solid year product-wise, maybe in my lifetime. So if that doesn’t draw people out, I don’t know what will, but I think it will.”

Some other movies out this summer: “In the Heights,” “Black Widow” and “Fast and Furious 9.”