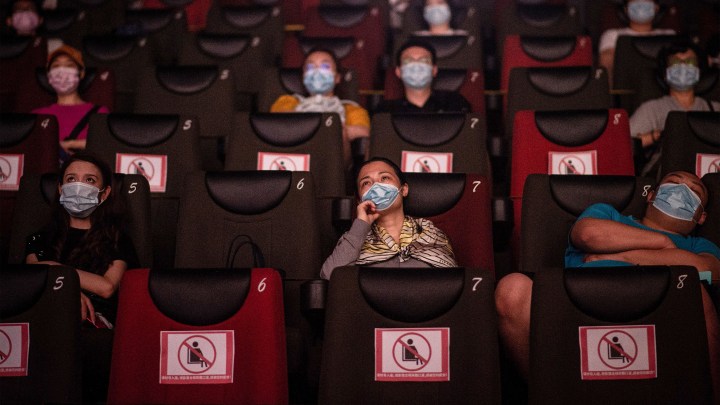 Last weekend, China had its first opening at the box office since the pandemic started, showing some American films like “Bloodshot” with Vin Diesel, and “Dolittle” with Robert Downey Jr. It was a partial reopening — over 40% of movie theaters at less than half capacity. The result, according to Chinese data providers: a $4.71 million three-day debut for “Dolittle” and $2.61 million for “BloodShot.”

That’s pennies compared to what Hollywood usually rakes in, but Sky Canaves, with China Film Insider, said “it’s really, right now, one of the few avenues that Hollywood has available for its films.”

Especially with most movie theaters in America shut down indefinitely. Aynne Kokas, author of “Hollywood Made in China,” said the tables have turned dramatically.

“In March, it looked like the U.S. was actually poised to dramatically overtake the Chinese film market for 2020,” Kokas said. “Now it looks like we’re seeing the reverse.”

“Bloodshot” and “Dolittle” had already premiered in the United States and around the world. The bigger question Hollywood is facing right now is how to premiere a brand new film. Do you go straight to video streaming — like Universal did with “Trolls World Tour” — and risk the fury of U.S. theaters? Do you postpone indefinitely — like Disney recently did with “Mulan” — and disappoint fans?

Or a third alternative might be premiering films in theaters in countries that have already reopened.

That’s the strategy for Warner Bros.’ highly anticipated new sci-fi movie, “Tenet,” which will open internationally in late August ahead of its Labor Day release in the U.S. Mike Smith, a professor at Carnegie Mellon University, said that could open the doors to piracy.

“As soon as you release it in some of these markets, you’re going to get a pirate copy that originates from the theatrical screening, and that pirate copy is going to infect the worldwide markets,” he said.

There are a lot of questions for Hollywood and fans, and for now, not a lot of answers.