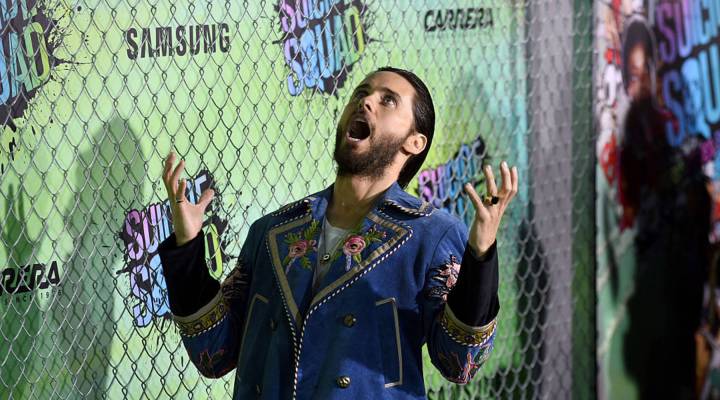 Movies about superheroes have earned more than $1.3 billion at the domestic box office so far in 2016. Globally, that number is more than $3.5 billion.

Tomorrow, Warner Bros.  releases “Suicide Squad,” a movie about a misfit gang of anti-heroes and outright villains, which could earn as much as $140 million its opening weekend. We talked with entertaiment reporter Adriene Hill about it.

What’s at stake for Warner Bros.?

“Batman v Superman” ended up making more than $850 million worldwide, but critics didn’t like it, fans didn’t like it, it wasn’t the introduction to this DC Comic book world they wanted. So now that’s on “Suicide Squad.” Expectations are it could make anywhere from $125 to $140 million opening weekend. People want to see it, but the reviews are coming in and they’re not pretty.

How well do you know the signature sounds of your favorite superheroes?