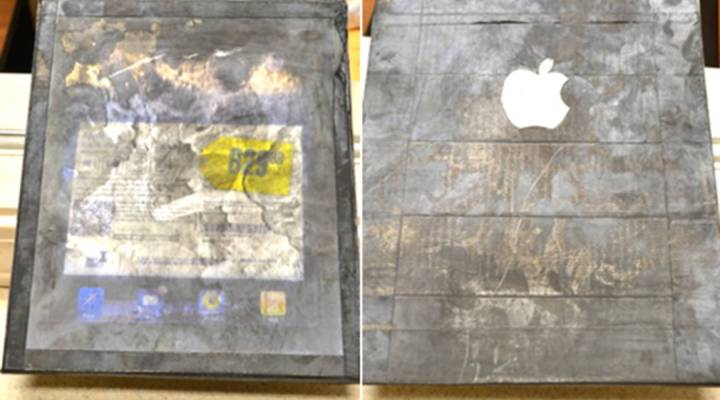 Nearly two weeks after Hewlett-Packard said it would discontinue production of its TouchPadtablet, the tablet is getting at least one more go.

One reason was that the company experienced an uptick in sales for the device after it discounted the tablet to $99 a piece.

But many consumers aren’t interested in anything besides the Apple iPad tablet. So thought one South Carolina woman, who was offered a brand new iPad at a discounted rate in the parking lot of a nearby McDonald’s.

The original asking price was $300, but she played hardball, negotiating down to just $180.

The two men who sold her the tablet handed it to her wrapped up in a FedEx box.

Unfortunately, when Ashley McDowell of Spartanburg returned to her abode, she was shocked and appalled to find not an authentic Steve Jobs creation, but instead an imposter.

Sure, all the bells and whistles were there — Apple logo on back, icons on front.

But alas, the tablet was made of wood.

Guess that’s what you get when you expect more than old Big Mac wrappers from a McDonald’s parking lot.