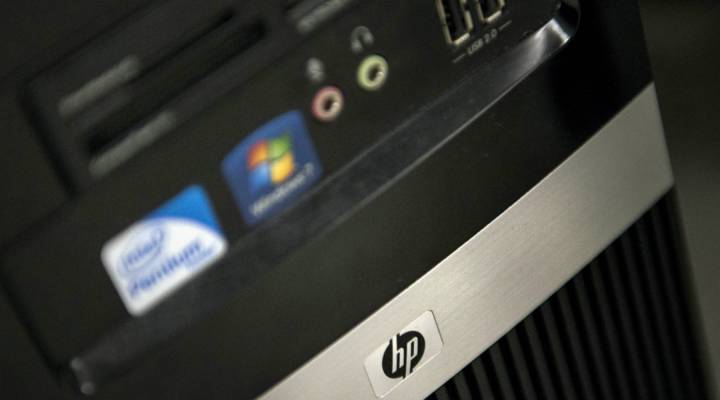 The Hewlett-Packard Company’s share price fell by half last year after HP broke itself into two smaller companies, and hasn’t recovered much. As HP — the HP that kept the printer and computer lines — reports quarterly earnings, investors are looking for clues that getting smaller is working.

Consider this: In the printer world, there’s an old running joke. And if you’ve ever bought cartridges or toner, you’ll get it.

“The money is in the ink. And it was more than a joke, it was true,” said Glenn O’Donnell, an analyst with Forrester Research. That hasn’t changed. Printing made up 17 percent of net revenue last quarter, according to the company. But HP is also the second-biggest PC manufacturer, after Lenovo Group.

One where people use PCs along with mobile devices. True, but Patrick Moorhead, president of Moor Insights and Strategy, said even as competitor Dell was growing, HP got smaller.

“The big idea here has been getting small to get quicker, and to be more innovative and nimble,” he said.