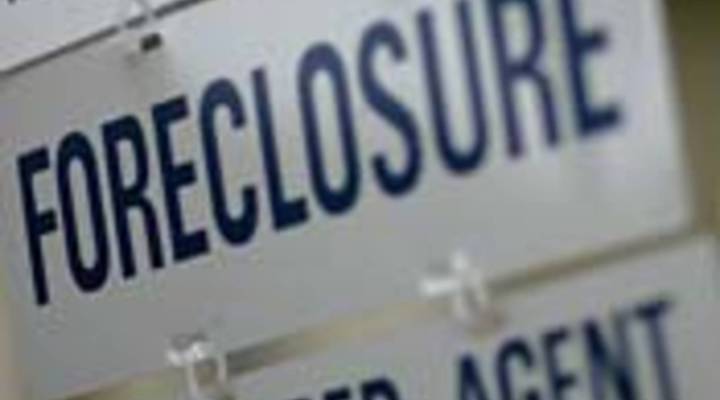 Tess Vigeland: That was Douglass Kim from Steamwood, Illinois. He says he’s suffering for someone else’s problems, but is that really the case? Why would borrowers with good credit get themselves into risky loans?

Jeremy Brandt is with a real estate investment company and let me ask you first: What’s the difference, if any, when we talk about a default on a prime mortgage versus a subprime one?

Jeremy Brandt: Well, the end result of their situation is really not very different. Both segments of people are typically ending in foreclosure. A subprime borrower may be headed to foreclosure much quicker. Typically, their interest rate is much higher than a prime borrower’s are and so when they head to foreclosure, their interest rate is adjusting upwards and adjusts upward at a much higher level and much quicker.

Vigeland: Given that a prime borrower is supposedly very creditworthy, very responsible with their money, why would someone choose an adjustable-rate mortgage or an interest-only loan if they could afford a traditional loan?

Brandt: That’s a great question and really, a couple of the differences are in some markets, they couldn’t afford a traditional loan, especially on the coast where we see some of the biggest fallout from some of the creative lending practices. In some markets, you needed a $1 million loan just to get into a basic property in some of these major cities on the coasts.

Brandt: Well, absolutely. Southern California is kind of the poster child for some of the loan problems that we’ve had and as you know, in a lot of markets of Southern California, you just can’t buy a house for $200,000-300,000. So a lot of people that were renting and had great credit wanted to buy a house and had a growing family and were talked into one of these very creative loans that allowed them to purchase a property that was maybe still beyond their means.

Vigeland: Why are we seeing this wave of prime borrower foreclosures and trouble with mortgages now instead of at the same time as we saw them with subprime?

Brandt: Well, the subprime was really on the front end of some of the mortgage problems, so most people that got a subprime loan, the terms of the loan weren’t quite so good, so they were really the first ones to fall victim to rising interest rates. Prime borrowers typically had a much lower interest rate, even though it was still interest-only, and could maybe survive one or two resets before they couldn’t afford the payments on their house anymore.

Vigeland: So what if this wave of prime borrowers can’t refinance? What happens then?

Brandt: What’s happening to the prime borrowers that we see that are getting behind in payments is they’re working out repayment plans with their lender. So in between foreclosure and refinancing your loan, a lot of homeowners have the opportunity to call their lender directly and try to renegotiate the terms of their loan and that’s really only applicable if the homeowner is behind in payments and foreclosure is imminent. Banks do not want to foreclose on homeowners and so they have the opportunity to work things out with them and keep them in the house.

Vigeland: Jeremy Brandt, thank you so much for your time today.

Vigeland: Jeremy Brandt is with the company 1-800-CashOffer.