Salsa may have extra (unwanted) kick

Salsa may have extra (unwanted) kick

Some diced tomatoes, a little minced jalapeno, a bit of of fresh cilantro . . . a risk of salmonella.

The Associated Press is reporting that the ingredients in your favorite recipe for salsa are now suspects in the salmonella poisonings “that have become the nation’s largest food-borne outbreak in at least a decade.”

Unlike the 2006 E. coli outbreak with spinach, this mystery is proving harder to solve. There were fewer spinach eaters, and many still had spinach bags with bar codes in their refrigerators, which made it easier for investigators from the Centers for Disease Control and Prevention to track down the tainted product’s source.

. . . This outbreak is lasting an unusually long time, with a record 1,017 cases confirmed by Wednesday — the first of whom fell sick April 10 and the latest so far on June 26.

[The CDC’s] Dr. Robert Tauxe said that makes the toll of the current salmonella outbreak far surpass recent large outbreaks of any foodborne disease: salmonella linked to peanut butter in 2006 and hepatitis A from green onions in 2003. It’s not quite as big as when cyclospora-tainted raspberries sickened well over 1,000 people in the mid-1990s.

The tomato industry is estimating losses at $100 million. Here’s more from the CDC. 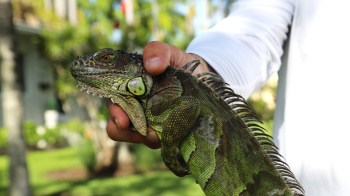