The British are coming … with groceries!

The British are coming … with groceries!

KAI RYSSDAL: This is the richest retail market in the world. If companies can’t make a buck here, maybe they’re not really doing it right. Like, say, foreign retail chains. For many of them, especially the Brits, the U.S. has been a bottomless money pit. But the British grocery giant Tesco is trying to succeed where so many others have failed. It’s been quietly testing its first Fresh & Easy market in Los Angeles. This week it opens five stores across Southern California. We asked Stephen Beard whether the company known as “England’s Wal-Mart” can break Britain’s retail losing streak.

STEPHEN BEARD: Tesco has been called the “supermarket chain that is eating Britain.” It’s gobbled up a 31 percent share of the food market here. Andrew Simms, author of “Tescopoly,” says the name that Tesco’s chosen for its American launch, “Fresh and Easy,” is ironic.

ANDREW SIMMS: As a company they are anything but “fresh and easy.” They are very big. They are very aggressive. They are expanding. The way that they handle their business relationships with their suppliers and with local authorities are tough to say the least.

Tesco is popular with consumers but the company is facing a backlash over its expansion plans in Britain.

TESCO CRITIC: Our lives will be made a complete and utter and absolute misery by the noise and the disruption.

ALYSON STEWART-ALLEN: They’re positioning themselves as your neighborhood market and playing up the attributes of being in the local neighborhoods. They’re having small store formats.

Fresh and Easy Neighbourhood Market Stores will be about a quarter the size of the average supermarket. They will sell both fresh food and ready made meals. Retail analyst Robert Clarke believes this should work well in the U.S.

ROBERT CLARKE: You have your big superstores, your major grocery stores and you have your smaller local stores. But there’s actually not a lot in between.

He reckons that Tesco can fill that gap, offering Wal-Mart-style low prices through its massive purchasing power. It’s also painting itself green, using solar power in its distributuion center. And it will be playing up its social responsibility the way it has in Britain.

This ad is part of one of Tesco’s many cause-related marketing campaigns.

AD CLIP: Nag your nan to make sure they pick up their “Computers for Schools” vouchers when they’re at Tesco.

Through this promotion Tesco has given British schools computers worth a total of more than $200 million. Alyson Stewart-Allen:

STEWART-ALLEN: Certainly American parents would immediately see the value in that sort of promotion in terms of coupon collecting, which is much more of an American pastime anyway than it is in the U.K.

Tesco plans to open more than a hundred Fresh and Easy stores over the next year in the western U.S. And then spend half a billion dollars annually on further expansion. The company has said that it would like to be as big in the U.S. as it is in Britain. That ambition has certainly caught Wal-Mart’s attention, says Robert Clarke.

CLARKE: They’ve recruited in fact one or two former Tesco employees and put them on the west coast to have a look at what’s going on. So I think they probably are a little bit worried and they certainly will be watching it very closely.

If two of the world’s most ferociously competitive retail giants clash, that could mean lower prices for American shoppers. But, claims Tesco critic Andrew Simms, local communities could suffer, just as they have in Britain.

BEARD: The U.S. has proved a graveyard for British retailers, but few analysts here expect Tesco to be crushed. One way or another Britian’s biggest and most successful supermarket chain seems certain to leave its mark on America. 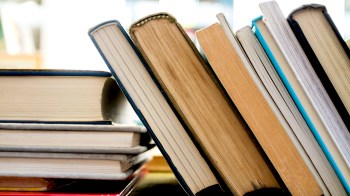