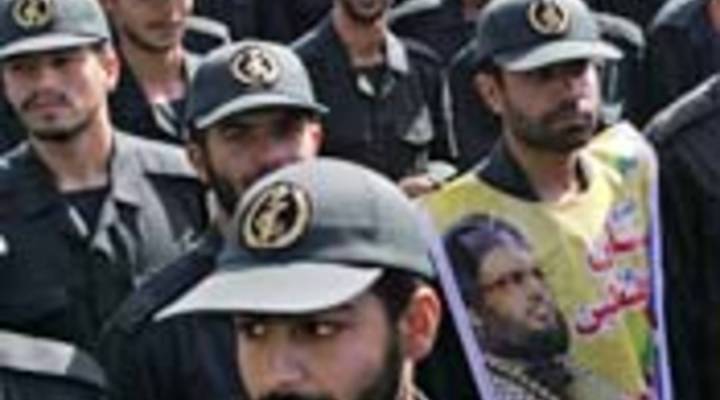 Tess Vigeland: Reports out today say the Bush Administration is taking steps to list Iran’s Revolutionary Guard Corps as a terrorist organization. If that happens, it would be the first time the U.S. put a foreign country’s military on the list.

The move would allow U.S. officials to further tighten the screws on Iran, because the Revolutionary Guards have substantial business operations. And it would also put further pressure on other countries still doing business with Iran.

Marketplace’s Stephen Beard joins us to talk about these developments. Hi, Stephen.

Vigeland: So my first question for you: The Revolutionary Guard in Iran has time for business interests?

Beard: Haha, plenty of time. It has a vast business empire. I mean, this may be a military organization, but we’re talking about a very wide swathe of businesses — oil and gas, pharmaceuticals, telecommunications . . . carpet manufacturing . . .

Vigeland: All right, then what effect could this potential action by the administration have on the Guard?

Beard: Well, the U.S. is hoping that it’s going to essentially just pile the economic and political pressure onto the government. It’ll be one more thing in addition to the U.N. and the U.S. sanctions. The U.N. sanctions are aimed specifically at members of the regime and individuals involved in the nuclear program.

The U.S. sanctions are far more wide-ranging and punitive, and they’ve been pretty effective, actually, in persuading European banks in particular to pull out of Iran to stop financing Iranian trade. This new measure, it’s hoped, may make foreign companies even more reluctant to trade with Iran, because they might be dealing with the Revolutionary Guard, a U.S.-designated terrorist organization.

Vigeland: So who is still trading with Iran anyway? There’ve been these sanctions for years. And how could this move affect those trading partners?

Beard: Well, first of all, who’s trading with Iran, China is the country’s biggest trading partner. Germany and Italy are still relatively big suppliers of industrial equipment and other goods. Britain, the U.S.’s closest ally, still does about $2 billion worth of business a year with Iran. Now, some of this business will undoubtedly decline as a result of this measure. How much, difficult to say — depends really on how effective the U.S. is in identifying companies that deal with the Iranian Guard and how punitive the Americans are in punishing them.

Vigeland: All right. Marketplace’s Stephen Beard with us from London. Thanks, Stephen.