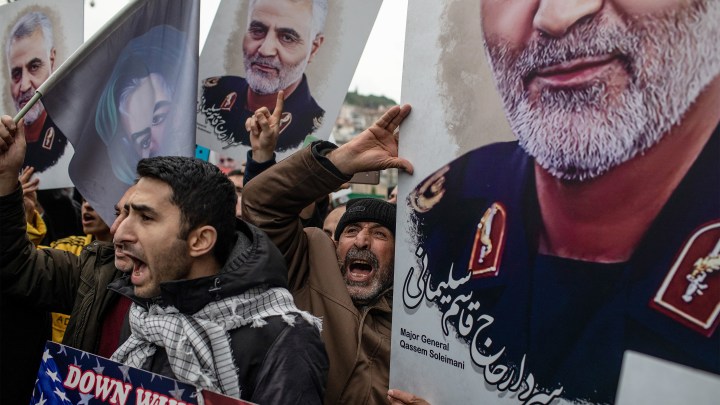 The U.S.-Iran relationship remains uneasy. Iran is dealing with its own protests as the U.S. waits to see if there will be further retaliation for the killing of Iranian commander Gen. Qassem Soleimani

That’s the political and military challenge, but businesses have their own. There are reports that Instagram has been taking down or blocking posts about Soleimani’s death — even from journalists and activists just talking about the incident.

Instagram is pretty much the only Western social media platform that isn’t banned in Iran. According to the International Federation of Journalists, more than a dozen Iranian journalists recently reported having their Instagram profiles suspended.

“I have seen some sudden silences from people that I follow,” said Sahar Razavi, a professor of Middle East politics at California State University, Sacramento.

Facebook has said that accounts or posts are being blocked because the company is being careful not to violate U.S. sanctions.

“Sanctions have typically been applied to firms that have to do with banking and industry,” Razavi said. “And this is really a gray area that has not been well developed.”

It makes sense that sanctioned people, like Soleimani, might be blocked from the platforms, or journalists working for state-run media. But what about other people, who are talking about Soleimani in a positive way? Is that “promoting terrorism?”

Eliza Campbell, a researcher in technology and human rights at the Middle East Institute, said everybody is trying to figure it out as they go.

“That’s kind of why things are still messy and why Instagram took this really harsh stance from the beginning,” Campbell said.

Many Iranian activists in and outside the country are furious at corporate censorship. Jasmin Ramsey, communications director for the Center for Human Rights in Iran, said on the one hand, Iranians are trying to bypass the Iranian government’s censorship policies.

“On the other hand, [they’re] trying to get access to tools that can allow them to have internet access, but are being blocked by sanctions,” she said.

Sanctions that the Trump administration says will only get tougher.