CLARIFICATION:
This interview may incorrectly imply that the American Enterprise Institute is funded solely by Exxon Mobil. In fact, the oil company is one of AEI’s many funders. We regret that this was not made clear in our original report.

SCOTT JAGOW: The big news of the day is an alarming report on global warming. 2,500 scientists around the world contributed to this UN study. They’re 90 percent certain that humans are causing the planet to heat up. They say temperatures could rise as much as 11 degrees by the end of the century, and there’s not much we can do to stop it.

The White House called the report “significant,” but at congressional hearings this week, we’ve heard testimony the Bush administration has pressured scientists to downplay global warming.And today, a London newspaper said there may be another level to this. Our European correspondent Stephen Beard is with us. Stephen, what’s this all about?

STEPHEN BEARD: The Guardian newspaper is reporting that scientists and economists have been offered as much as $10,000 plus expenses each if they will rubbish the latest UN report on climate change. which is published in Paris today. So if they write an article or make a speech which picks holes or finds flaws in the UN report, they could earn themselves up to $10,000.

JAGOW: You know, my first reaction is that this sounds like flat-out bribery. Am I wrong?

BEARD: Well I suppose that depends on your point of view. This money has been offered by a think tank funded by Exxon Mobil. This is the American Enterprise Institute.

BEARD: According to The Guardian, it received $1.5 million from Exxon Mobil and it has close links to the Bush administration. They no doubt would argue they are simply trying to fuel the debate on climate change, but the reaction of climate scientists here has been pretty negative. One of the University of East Anglia said this is a desperate attempt to distort science. 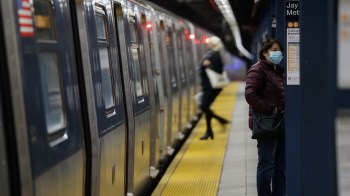