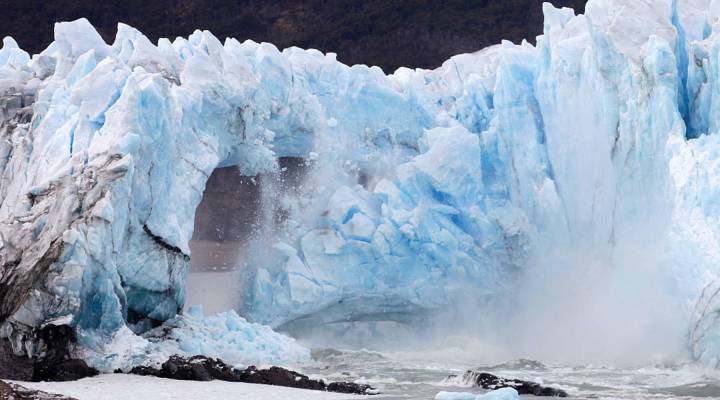 A new paper on climate change science argues that significant impacts from global warming could come much sooner than expected. Sea levels could rise “several meters,” for instance, starting in 50 years.

Increasingly, the odds of avoiding climate change impacts don’t seem good. The problem is, people struggle to understand long-term risk and prioritize it.

Humans often “discount” risks in the future. They value things – or money – today over tomorrow.

“Whether it’s saving for retirement, or thinking about the health of your lifestyle in terms of your diet and whether you smoke,” said Matthew Nisbet, who studies science and communication at Northeastern University, “people not only discount a possible future risk, but also tend to have an optimistic bias, in that ‘these risks might affect other people but they’re not going to affect me.'”

The risk of climate change typically ticks none of those boxes. These barriers have been labeled “dragons of inaction” by some scientists and policymakers.

The risk of climate change also requires individuals and organizations to plan, which the human brain may not do very well. Seriously.

According to Princeton psychologist Sander van der Linden, the part of the brain that deals with day-to-day issues evolved long ago.

“Other parts of the brain, specifically the forebrain, developed much later on in our evolutionary history,” van der Linden said. “So we’ve been using that part of the brain for a much shorter period of time.”

There are examples of communicating climate change that appear to gain more traction: framing it in terms of economic gains rather than losses, or noting that more than nine in 10 scientists share a consensus view.

And it may help to find new types of people to talk about it.

“Having different voices, surprising voices — Texas ranchers and Marines and an admiral talking about climate change – reached people who otherwise would not have taken it in,” said geoscientist Richard Alley at Penn State, lead presenter of the PBS television series “Earth: The Operators’ Manual.”