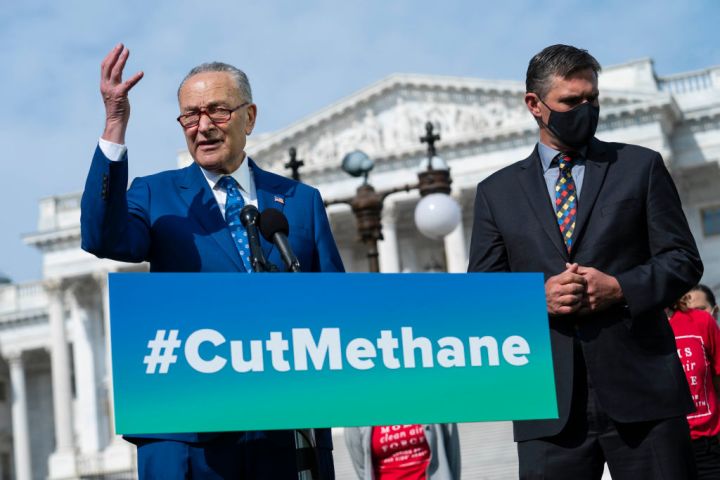 When we talk about emissions that lead to global warming, we’re usually talking about carbon emissions – mostly carbon dioxide.

The signatory nations promised to cut their emissions by 30% by the end of the decade. Scientists say moves like that may be the quickest way to slow global warming.

Twenty years ago, scientists weren’t all that worried about methane emissions.

“We had this prediction that CO2 was going to go way up if we didn’t do anything, but methane was kind of stable,” said Drew Shindell, professor of earth sciences at Duke University.

He said they were right about CO2, but then methane emissions started going way up, too. The biggest culprits?

“All the way from the wellhead, where gas and oil is produced, through the transmission and storage segments of the industry. Small leaks, big venting plumes, flares,” she said.

And because methane is more potent than carbon dioxide, it is warming the planet faster.

So – if methane emissions keep rising?

“It will drive us very quickly above the critical thresholds that we’re trying to keep global warming below,” said David Waskow, director of the International Climate Initiative at the World Resources Institute. He said the good news is that methane leaves the atmosphere a lot faster.

“Carbon dioxide will stick around for centuries, methane is about a 12-year time in the atmosphere,” he said.

So, reducing methane emissions can do more to slow global warming in the short term. And, reducing them in the fossil fuel industry is low-hanging fruit, said Sarah Smith at the Clean Air Task Force.

“It’s not rocket science to clean up these emissions. It’s really simple plumbing that involves finding and fixing the leaks,” she said.

Reducing CO2 emissions is still the most critical thing in the long term, Smith said. Reducing methane emissions in the short term will buy us time to do that.