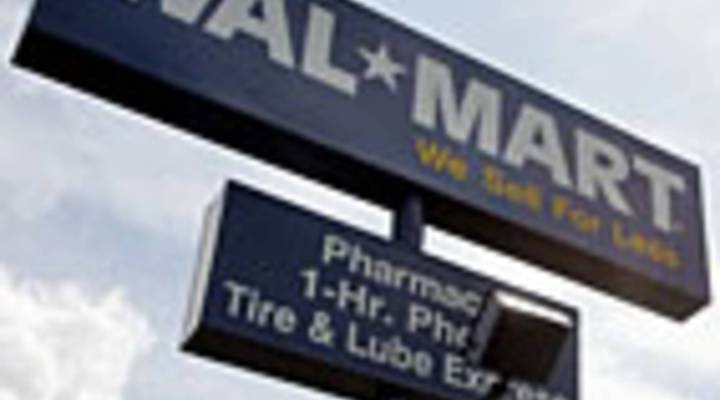 BRIAN WATT: Wal-Mart has fired its advertising agency just a month after it hired it. The moves comes two days after the retail giant dismissed two senior executives who had a hand in selecting the agency Draft FCB. So it’s back to the drawing board for Wal-Mart, and as Stacey Vanek-Smith reports, agencies all over the country are scrambling to win that business.

STACEY VANEK-SMITH: Advertising firms are probably drooling over the prospect of Wal-Mart’s account. It’s worth nearly $600 million a year.

But working for Wal-Mart isn’t going to be a cakewalk. The company has been struggling with its image lately.

Burt Flickinger is with Strategic Resource Group. He says the retail giant is counting on an advertising firm to help it attract a younger, urban crowd.

This year, Wal-Mart introduced higher-end clothing, electronics and home decor, but it didn’t take and the house that Sam built saw sales slump.

So for the holidays, Wal-Mart went back to good old-fashioned price cuts. But Flickinger says, come 2007, Wal-Mart’s going to be after the hip, young consumer all over again.