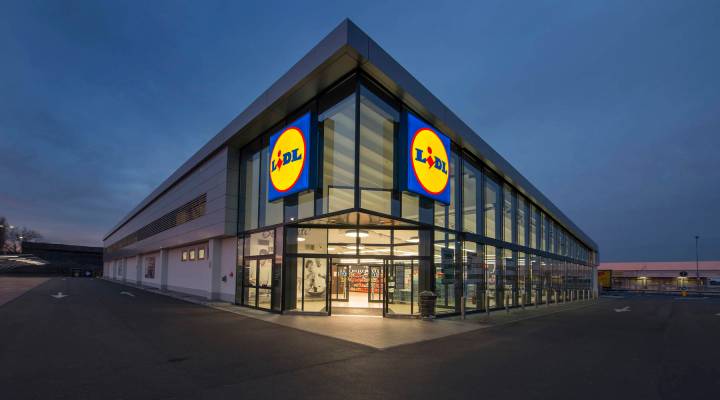 Many of us here in the United States are familiar with Aldi, the German low-cost grocery chain.

Well, now Lidl (pronounced “Lee-del” in German), another European price-busting chain, has plans for expansion in the United States. Lidl is hiring staff and scouting retail locations along the East Coast.

The move is seen as a shot across the bow for domestic retailers such as Wal-Mart and Target. The company’s expansion plans come after it had enormous success moving into the U.K., thanks in part to a no-frills, cost-conscious approach.

“That model really worked and it really undercut some of the marketing messages of some of the mainstream grocers,” said Neil Saunders, an analyst with the market research firm Conlumino.

In time, he feels Lidl could emerge as a viable competitor to Wal-Mart or Target, and even take business away from its German arch rival, Aldi.

“The reason I think that is because Lidl’s product proposition is lot more rounded,” he said. “Yes, it sells grocery like Aldi does, but it also sells a lot of non-food as well.”

However, here in the U.S. we already have lots of low-cost grocery chains. Think of places like Save-A-Lot, Dollar General, Family Dollar, etc.

“Their success to a degree depends on the consumers’ willingness to sort of put their trust in the brand,” he said.

Springer said Lidl also doesn’t have the economies of scale of a giant like Wal-Mart.