KAI RYSSDAL: Businesses have almost at much at stake in this fall’s elections as individuals do: tax policy, health care costs, almost anything you can think of. Corporations have to deal with it just like voters. Except companies can’t vote. Yes, they exert their influence in other ways. Campaign contributions and soft money are the words you’re looking for here. But they’re after far more direct routes to the ballot box. Increasingly companies are actively helping their workers register to vote. The country’s biggest private employer, Wal-Mart, is joining the fray. But businesses have more than just their civic duty in mind. Nancy Marshall Genzer reports.

NANCY MARSHALL GENZER:The pro-business get-out-the-vote effort started with a trickle of companies in the 2000 presidential election. That’s when the Business Industry Political Action Committee of America, or BIPAC, convinced 50 companies to join its new Prosperity Project. The mission? Appeal directly to workers and register them to vote, preferably for candidates who support company interests.

The Prosperity Project has evolved and is now sending out CDs with testimonials, like this one from Walter Foxworth, CEO of a lumber firm.

WALTER FOXWORTH:Our grandfathers and fathers did us an injustice when they told us that if we worked hard and kept our nose to the grindstone, that everything would be OK. They didn’t realize that politics has gotten in to be a nasty game and if you don’t get in and fight for what you want, other people fighting for what they want are gonna stomp you into the ground.

The message got through. More than 900 companies are participating in the Prosperity Project this year.

The head of the project, Darrell Shull, is concentrating on 13 swing states, including Ohio, which was crucial for President Bush in 2004.

DARRELL SHULL:Those voters may have swung that state, those might have been voters that wouldn’t have come to the polls in the first place, or they would have been voters that might have voted anyway because of additional information they had another set of facts to look at rather than just what was being played in 30 second sound bites on television.

That other set of facts was laid out in Prosperity Project voter guides highlighting which candidates support business goals.

Earlier this year, Wal-Mart sent out letters to its workers in Iowa, naming politicians it says attacked the company. Wal-Mart says it reserves the right to send out similar letters in the future. The retailer is hoping to mobilize its workers into an army of voters against its critics, who are mainly Democrats.

DAVID TOVAR:So we want to just make sure we’re communicating directly with our associates and that they’re hearing from us on some of these important issues that politicians have sought to talk about while they’re out campaigning.

Wal-Mart may be trying to communicate, but are its employees listening? Workers at this Wal-Mart store in northern Virginia heard the get-out-the vote pitch at a recent morning meeting.

ROBBIE OWENS:You know, are you going to tell us which way to vote? I don’t know if the management heard it. I don’t think they heard it. I heard it. I started laughing.

Wal-Mart insists it’s not telling its employees who to vote for, but its campaign could backfire if workers get that impression.

Of course, unions have been talking politics with their members for years.

Businesses involved in the prosperity voting project say they’re just taking a page out of organized labor’s playbook, but a complaint was filed against the project in 2002.

The Federal Election Commission determined the project wasn’t doing anything illegal, because it didn’t tell workers to vote for a particular candidate, but watchdog groups say they’re keeping an eye on the get-out-the-business-vote efforts, which are expected to intensify for the 2008 presidential election. 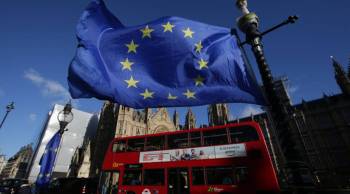 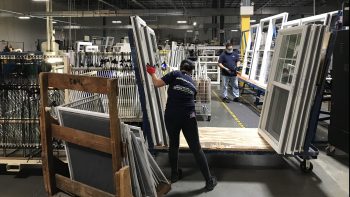