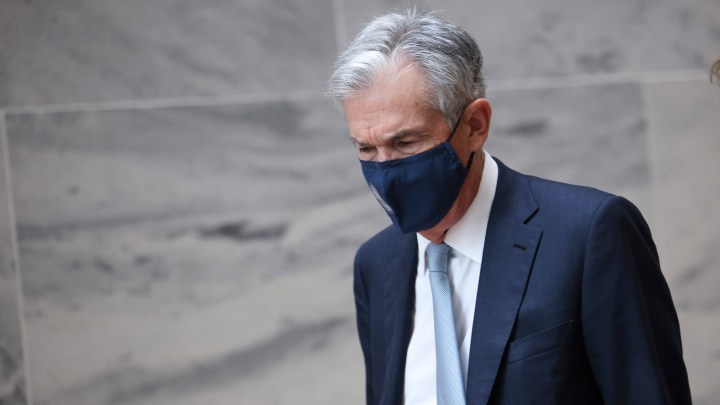 Right now, there are two empty slots among the 12 regional Federal Reserve banks scattered across the country.

So the questions now are who replaces them and how are those replacements chosen?

Fed Chair Jerome Powell said he’s committed to diversifying the regional Fed banks, getting more women and people of color into Fed leadership positions. But just how much of a say will he have?

Each of the Fed’s regional banks has a board of nine directors. A group of them is in charge of hiring a new reserve bank president, forming a search committee and usually hiring a search firm.

The Fed needs to restore the trust it lost because of the controversy around Kaplan and Rosengren, according to former Fed economist Stephanie Aaronson.

“There’s a real opportunity now to replace them with diverse candidates who people will feel are able to represent them,” she said.

For decades, the regional bank board members were mostly white men, but that’s been changing.

“It’s so much better than it has been historically,” said Peter Conti-Brown, who teaches financial regulation at the Wharton School at the University of Pennsylvania. Now, only one of the six directors who’ll be choosing the new Boston Fed president is a white man. In Dallas, two of the six are white men.

Last week, Powell told Congress the Fed will work hard to “give a fair shot to diverse candidates.” But Conti-Brown isn’t sure how Powell will do that.

“Has he said that the board of governors will veto certain candidates if they don’t meet certain categories?” Conti-Brown said.

The Fed’s board of governors in Washington, D.C., does get a final vote. But the selection process is still pretty opaque, said Benjamin Dulchin, head of the watchdog group Fed Up.

Dulchin wants “a transparent, clear process where they’re sort of laying out for the public, like here’s our criteria, here’s who we’re interviewing, here’s the questions that we’re asking,” he said.

When that process wraps up, the new Boston Fed president will have almost immediate influence. The regional bank presidents don’t all get to vote on interest rate decisions; the vote rotates each year. And in 2022, the Boston Fed gets to vote.