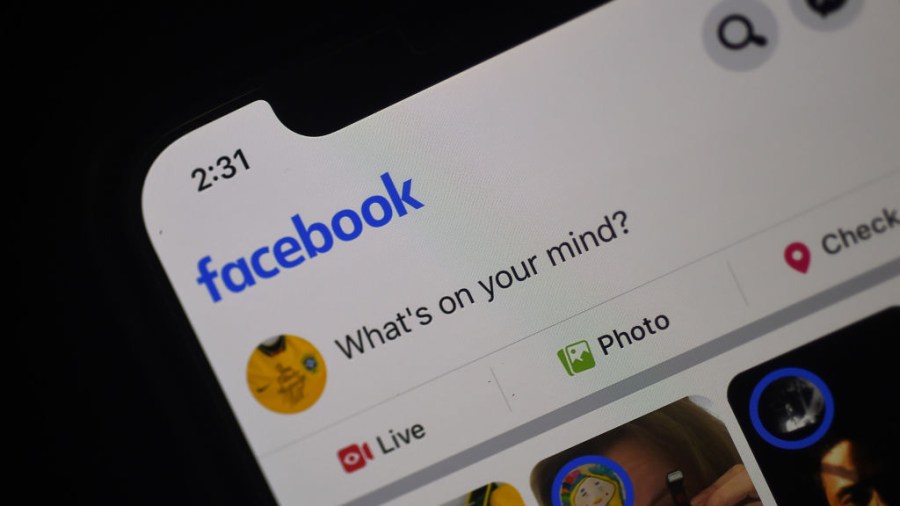 But disinformation from genuine users could be more important than foreign fake accounts.
Listen Now

Facebook said this week it’s taken down several networks of fake accounts to guard against meddling in the U.S. election, the latest crop tied to Russian intelligence services. The company says those accounts on Facebook and Instagram could have been used to leak hacked documents.

It also removed several inauthentic Chinese accounts that in some cases shared material related to President Donald Trump and his opponent, former Vice President Joe Biden. Facebook didn’t say whether those accounts were directly tied to the Chinese government, which has denied any influence campaigns.

I spoke with Sarah Frier, a reporter for Bloomberg who’s been following developments. The following is an edited transcript of our conversation.

Sarah Frier: This is just indicative of how Facebook is going to continue to be playing whack-a-mole with these kinds of operations. They’re going to have to keep looking for them, finding them, stopping them. And when I say these operations, I mean what Facebook considers to be coordinated inauthentic behavior. Specifically, the kind of influence campaigns where entities from another country are trying to pretend to be U.S. citizens to stir controversy, when in fact, they are not.

Amy Scott: Researchers who looked into these fake Chinese accounts found that some of them were created using AI-generated faces, so not real faces. How concerned should we be about that?

Frier: I think that that makes it harder to determine whether somebody is not a real person. Often, you can look in an account and do a reverse image search and find that the person whose account it is is actually someone else, they’re stealing someone’s picture. But now you can just generate faces with AI, which is a little scarier, generate new identities. And it’s hard to tell the difference between that and a real person.

Scott: Do you have a sense of how influential foreign interference might be in this election, which is already underway?

Frier: I think the bigger issue may be domestic efforts to influence the election. I think that a lot of people have learned from the events of the past few years just how incredibly powerful it can be to stoke fear, conspiracy and strong feelings on Facebook. That’s what spreads on Facebook, is if you can get a reaction out of something, if you can get people to care and share and make something go viral, that’s what works. I think that outside of the issue of fake accounts and fake identities, there’s this larger issue of the viral misinformation that has spread. And Facebook has a much vaguer stance on that sort of thing — though, of course, they still have to be vigilant about these foreign influence campaigns.

Scott: Other than maybe just staying off of Facebook and social media, do you have a recommendation for users about how to navigate all this and be on the lookout for false narratives?

Frier: I think whenever you see something on Facebook that makes you feel suddenly emotional, whether that’s a positive emotion or negative emotion, but if you’re like, “Oh, my God, I can’t believe this. This is absolutely awful,” before you click the share button, do a little research. Because what happens on Facebook — and Instagram and Twitter — is that we have this passive experience. If we are scrolling past something quickly and seeing the headline, we are not getting it in context. So before we share it, we have to take a look at what’s actually being said.

As to how serious Facebook is about fighting election interference, the company says it’s speeding up the creation of a new Oversight Board, nicknamed Facebook’s Supreme Court. The board was created to handle appeals when content is removed and potentially overrule CEO Mark Zuckerberg on decisions to censor content. After facing criticism for its slow start, the company now says the board will be up and running in early October, before voting ends. But decisions could take 30 to 90 days.

Also, check out Marketplace’s Elections 2020 page, where this week my colleague Mitchell Hartman asks whether Americans are better off economically than four years ago. One data point that caught my eye: Median weekly earnings jumped during the early months of the pandemic. But as economist Betsey Stevenson put it, “not because we all got a raise, but because the people who lost jobs were more likely to be low earners.” When their wages disappeared from the data, the median went up.