For teens, using social media can become a compulsion to curate your image.
Listen Now

You ever log on to a social media platform and you don’t even know why you’re doing it? This stuff is addictive.

Today a Facebook whistleblower is testifying before Congress. Frances Haugen worked as a product manager for the company and leaked tens of thousands of internal documents to lawmakers and journalists about the company’s research on how its platforms might cause harm, like through misinformation or to teens’ mental health.

Zamaan Qureshi is a 19-year-old student at American University and a policy adviser for a group known as the Real Facebook Oversight Board. He said that the physical act of swiping on Instagram can feel like “muscle memory.”

We talked about Instagram in particular, and how you see so many people on there who you know are going through something, but if you look at their posts, it’s all photos of them smiling and laughing and having a great time. It’s a game a lot of us play. The following is an edited transcript of our conversation.

Zamaan Qureshi: You’re really living a version of yourself that you’re not. But the system and the social culture that’s been created around Instagram, which the company has only profited off of, has only exacerbated these problems, and people continue to try and curate their feeds to fit this social norm.

Marielle Segarra: Have you ever done that?

Qureshi: I personally try and do my best to be as real as possible, as I can be when I use these platforms, but I think I would be lying to myself if I said I didn’t. And it’s not necessarily a conscious thought process where teenagers sit down and they’re like, “OK, this is how I’m going to curate my Instagram feed for the day,” although some do. But it’s so subconsciously baked into us now, because we’ve been on these platforms for years. And it’s second nature that if it doesn’t look the right way, or if the caption isn’t right, or if we’re not getting enough likes, then our feeds just aren’t up to standard, I guess.

Segarra: Do you think it’s an option for teens to just not be on Instagram at all?

Qureshi: No. There is a social price to leaving Instagram that I think most people older than our generation find it difficult to appreciate.

Segarra: And when you say there’s a social cost to not being on these platforms, like, what does that mean? What would happen if you didn’t have an Instagram?

Qureshi: Yeah, so I doubt that it would affect your, like, day-to-day ability to function as a teen, but I think there would be real ramifications for kind of the social culture, especially kind of around high schools. I think that there’s a lot of social activity that happens on these platforms. People talk about what they’ve seen on these platforms. People talk about posts all the time. But most importantly, I think people can connect with one another. Most teens would say they feel like they would lose out on some kind of social aspect from leaving Instagram. So I doubt that most would actively choose to want to.

When Zamaan and I talked yesterday, Facebook, Instagram and WhatsApp had all been down for several hours.

And that outage was revealing, because it kind of shakes you awake and makes you realize how many times you try to open Instagram in a day. It’s like, why am I checking this again?

Zamaan said he was relieved that he and his peers would get at least a short break from the platforms.

We also talked about Finsta, which has been in the news lately.

Qureshi: Finsta means different things, I think, to different generations of Instagram users. But I would say finsta, the F in finsta stands for “fake” or “friend,” is what I found in an Instagram account. So essentially, it means a small group of people who follow a private account on Instagram, which either represents your posts that you wouldn’t put on this curated feed, or posts that you just kind of want to keep more private and separate from your either public account or your account with more followers that might be private.

Segarra: And right, it’s interesting, because if you have your regular Instagram account, which is like your curated view of your life, or whatever, then what is your finsta for?

Qureshi: Totally. And if you’re not on Instagram, then you’re going to some other social platform to try and be more real on the internet.

Zamaan said he had a finsta in middle school as a way to escape the pressure of creating a public feed that conforms to the norm.

Finstas got some attention last week when Sen. Richard Blumenthal, a Democrat from Connecticut, asked a Facebook executive about them, and some argued that he didn’t really understand how the whole thing works.

Zamaan wrote a piece about that for Slate. He says actually, Blumenthal’s right.

Here you can find more stories where teenagers talk about the role Instagram plays in their lives. For some it’s an outlet and a way to connect with friends. But it can quickly become overwhelming.

And Time, in particular, talked to a 22-year-old woman who developed an anxiety disorder, likely linked to using social media from a young age. She talked about what happened after her dad died and she posted about him and then kept revising her post to sound more upbeat, so she’d get more likes.

Just think about the kind of pressure that puts on somebody who’s already going through unimaginable pain.

Correction (Oct. 5, 2021): A previous version of this page misspelled Renan Rocha’s name in the caption. 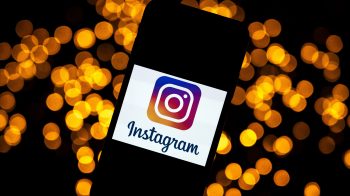 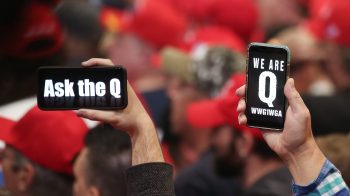 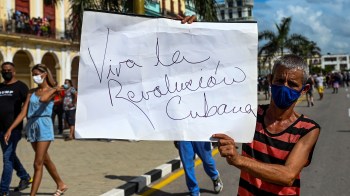