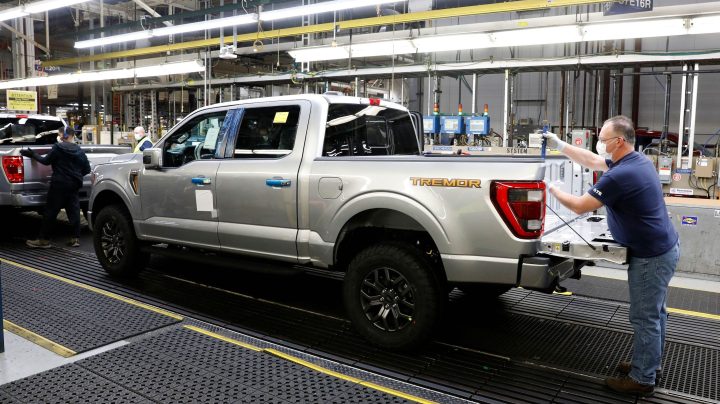 COPY
Orders for durable goods, which include trucks and cars, are up. Jeff Kowalsky

Orders for durable goods, which include trucks and cars, are up. Jeff Kowalsky
Listen Now

It’s not easy to figure out exactly which way this economy’s headed.

That’s a theme we’ve returned to a couple of times recently on “Marketplace” when we’ve gotten apparently contradictory economic data points, like we did today.

In the maybe-not-such-good-news column: First-time unemployment claims shot up to 240,000 — that’s 17,000 more than the previous week.

But in the definitely-good-news column: Durable goods orders — for things like cars and machinery — rose 1% in October, much more than expected.

To try to untangle that puzzler, let’s start with the most worrisome news: Jobless claims are at a three-month high. Plus, there’s been a wave of layoff announcements, especially by Amazon and other tech firms.

“It remains premature to say that we’re seeing a downturn in employment, in large part because the tech sector represents a relatively small share of the total U.S. economy — something like 7% of total workers,” said John Leer, chief economist at Morning Consult.

And these victims of the tech slump, in particular, don’t worry Leer overmuch.

“Many of those workers who are being laid off are basically immediately finding new jobs. It still remains a very tight labor market for folks who have that skill set,” he said.

That points to a big improvement in global supply chains and few shortages, said Andrew Hunter at Capital Economics.

“Particularly things like semiconductors, which were causing significant problems in the auto sector. Those shortages are now fading, or in some cases are even turning to, to gluts of parts,” Hunter said.

“It’s a very tight labor market, so businesses will invest in labor-saving technologies,” she said.

But, as good as the current economic data is, Johnson said it’s still likely to worsen in coming months, as rising interest rates slow the economy. 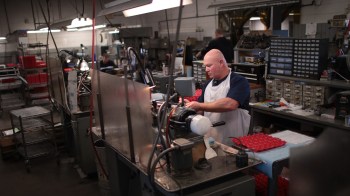