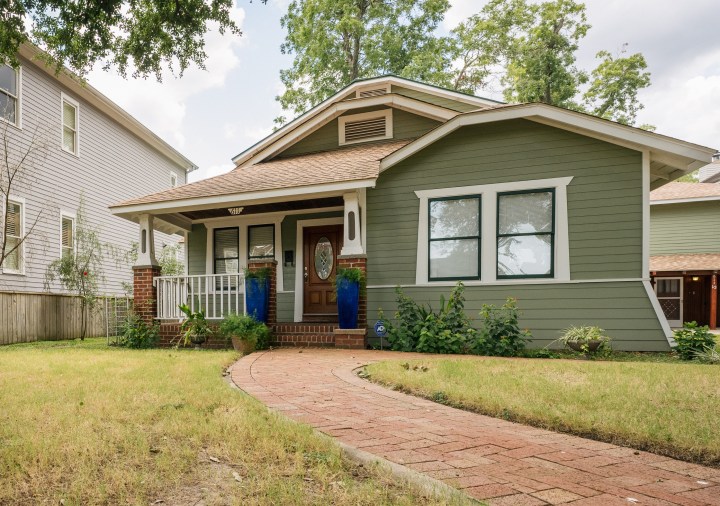 First-time homebuyers are getting priced out of the housing market. Brandon Bell/Getty Images

First-time homebuyers are getting priced out of the housing market. Brandon Bell/Getty Images

Housing prices remain out of reach for first-time buyers as average prices continue to rise and wages stagnate. Even a worldwide pandemic that led to high unemployment rates didn’t dampen demand, as those fortunate enough to keep their jobs were able to amass savings and enjoy record-low mortgage rates (a trend that is now starting to reverse).

While homebuyers should aim to look at housing that’s three times their income, home prices were 6.5 times the typical first-time homebuyer’s income in the second quarter of this year, according to a new report from NerdWallet analyzing the 50 most populous U.S. metros.

The Los Angeles metro area topped NerdWallet’s list of most expensive places to live for first-time homebuyers. The median household income of those ages 25-44 (the range likely to include most first-time buyers) in the area stands at more than $78,100, while the monthly list price for a home reached more than $978,000.

Other expensive areas included San Diego and San Jose, whose housing prices were 10 times higher than first-time buyers’ income, along with Miami and Sacramento.

The cheapest areas included Cleveland; Buffalo, New York; St. Louis; Baltimore; and Pittsburgh, which was the most affordable area. The median household income of first-time buyers in the Pittsburgh metro area is more than $72,200, while the list price of a house is only three times higher at about $239,300.

The NerdWallet study pointed out that wages and salaries have fallen 1.7% in each of the past two quarters, making it more difficult to afford a home. On top of that, home list prices nationwide rose 10% between the first and second quarters of this year.

There are more listings going up on the market (although the amount is still half of what it was pre-pandemic). The average number increased 51% in the second-quarter, while the home mortgage rate has increased, which could help slow down prices. The 30-year fixed-mortgage now stands at 5.66%, which is up more than 2.7% since the same time last year, according to a weekly survey from Freddie Mac.

And that increase translates into higher payment that can cost you hundreds of dollars more each month.

Despite the rising number of homes on the market, NerdWallet predicts it may only end up slowing price growth in most areas, rather than actually bringing prices down. It advises buyers to take into account inflation — which has risen 8.5% year-over-year — on your own buying power and mortgage rates.