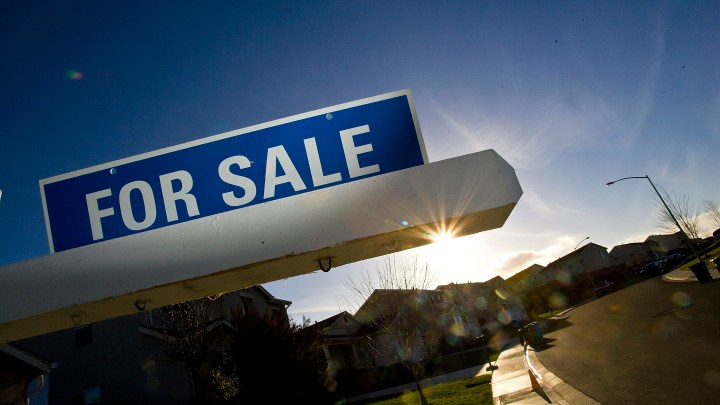 Rent is one of the top three contributors to inflation right now. In New York City, for example, average rent was up 22% year over year in the second quarter. Nationally, estimates suggest rents have gone up 10% to 14% since last year.

When you boil it all down, it’s an issue of supply and demand. Even before the pandemic, in 2019, the U.S. was short 3.8 million homes — both places to rent and places to own. That’s according to a new report out from the research group Up for Growth. The shortage is much bigger now than it was in 2012. Double, in fact. And it’s a big part of why home prices and rents are up so much.

We’ve known for a long time that there’s not enough housing in certain parts of the country.

“Coastal California and Boston and New York and D.C. weren’t building enough and have been getting very expensive,” said Jenny Schuetz at the Brookings Institution. She says now that’s the case in a lot of other regions, too.

“It’s really amazing to look at how many places that historically have built a lot of housing, and have been pretty moderately priced, are running out of kind of easy land, and becoming more expensive in a pretty short period of time,” Schuetz said.

Places like Salt Lake City, Boise, Austin, Detroit and Atlanta. More than half of all metro areas in the country now have a housing shortage, Up for Growth found.

Schuetz said a big part of the reason is that we haven’t been building enough new housing for a decade now. “We stopped building houses all together for a few years in the Great Recession,” she said. “Production just fell off a cliff. It was hard to get a loan, people weren’t buying homes, people weren’t moving out of their parents houses.”

And we still haven’t made that deficit up. Chris Herbert at Harvard’s Joint Center for Housing Studies said it’s also become harder to build in many places.

“There’s very little area in most markets that’s zoned for anything other than single family homes on relatively large lots,” Herbert said. “And so it’s just very hard to build housing anywhere close to the center of urban areas, because most areas are built out.”

Take Connecticut: “The vast majority of land is zoned for very low density housing,” Herbert said. “Ninety-one percent was zoned for single family housing only, and only 2% of the land was zoned for multifamily four units or more.”

If cities and states are going to make any kind of real dent in the housing shortage and make housing more affordable again, Herbert said, that is going to have to change. And it’s starting to in some states.