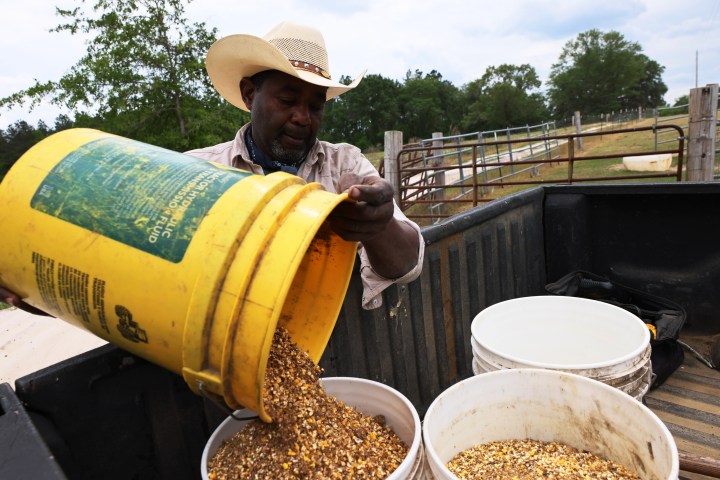 COPY
A federal program to provide aid to farmers of color was broadened by the recently-passed climate bill and now omits references to race. Michael M. Santiago/Getty Images

A federal program to provide aid to farmers of color was broadened by the recently-passed climate bill and now omits references to race. Michael M. Santiago/Getty Images
Listen Now

A federal debt relief program funded by the American Rescue Plan was originally intended to remedy decades of discrimination against farmers of color by the USDA. But the latest version expands the pool of who’s eligible to potentially include white farmers who claim other forms of discrimination.

The climate bill President Joe Biden recently signed into law replaces that program with one that might hold up better in court because it removes references to race.

For a year and a half, many farmers of color have been in financial limbo. They were promised $4 billion in debt relief that never came, as it’s been tied up in court with white farmers claiming the program discriminates against them.

“Well, it’s been rough waiting for the relief,” said John Boyd, who heads up the National Black Farmers Association. He said that he’s not happy with the new program, which no longer sets aside relief money specifically for farmers of color.

“The language isn’t good for Black farmers. It’s too wide of a definition,” he said. Now, any farmer who claims to have faced any kind of discrimination, or financial distress, can apply for one pot of aid.

“Distressed could be any farmer, age discrimination, white women who feel they’ve been discriminated against and even white male farmers,” said Boyd

That leaves less for farmers of color who’ve borne the brunt of the federal government’s lending discrimination.

“The land loss between 1920 and 1997 was worth about $359 billion, said economist Dania Francis at the University of Massachusetts Boston, who studies the impacts of that discrimination on Black farmland ownership. “These are serious material consequences for these Black farmers.”

The new relief program should hold up better in court “because race has been removed from the face of the policy,” says Eric Berger with the University of Nebraska School of Law. “And this Supreme Court has made clear that it does not approve of racial preferences,” signaling a reluctance that even extends to addressing past discriminatory practices by federal programs.

But Toni Stanger-McLaughlin, who heads the Native American Agriculture Fund, is willing to take the compromise because she says producers of color need something to help them recover from pandemic losses.

“We’ve added layers of hardship since COVID started including inflation,” she said. “Producers need help. Some of them aren’t going to make it if we don’t act now,” amid higher interest rates and transportation costs, and climate disasters.

Stanger-McLaughlin said she would rather have a legally-sound program that provides some relief than a more targeted one that spends years in the courts only to be struck down. 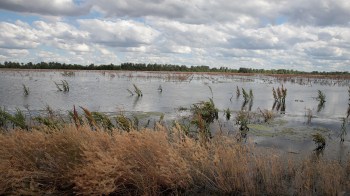