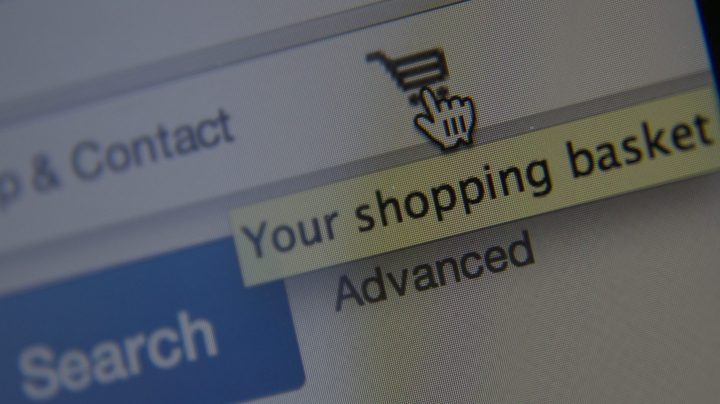 COPY
From hidden fees when booking a rental property, to a subscription that seems impossible to cancel, dark patterns are annoyances that can cost you time and money. Matt Cardy/Getty Images

From hidden fees when booking a rental property, to a subscription that seems impossible to cancel, dark patterns are annoyances that can cost you time and money. Matt Cardy/Getty Images
Listen Now

Anyone who’s been online in the last decade probably recognizes “dark patterns,” design tactics used on websites and apps that trick users into doing something — buying something, agreeing to something — that they wouldn’t have otherwise. Dark patterns include the impossible-to-find unsubscribe button, the free trial that automatically means a subscription and apps that present location tracking as an opt-out option rather than opt-in.

These patterns can come across as a simple annoyance, but according to Harry Brignull, a user-experience specialist based in the United Kingdom, they can have real harm, especially when consumers’ money comes into play.

Brignull coined the term “dark patterns” more than a decade ago, and he has a “Hall of Shame” on his website dedicated to calling out egregious examples. He joined “Marketplace’s” Kimberly Adams to talk about what it’s been like to name and shame these tactics before anyone was even paying attention, and what the future holds for these practices.

An edited transcript of their conversation is below.

Harry Brignull: When I started out [studying dark patterns], I actually thought I was going a bit crazy and I was the only person who was seeing this sort of thing on the web. But the more I looked, the more I found. And over the years, it’s just grown and grown. And now the list is, like, astronomically long. Any company you can think of that’s fairly well known probably has something in the Hall of Shame.

Kimberly Adams: What’s the most egregious example of a dark pattern that you’ve seen?

Brignull: Well, I think the worst examples are the ones that have a real outcome of harm for consumers. And one of the main outcomes of harm is around money. For example, you might be buying a ticket with a low-cost airline, and you find out somehow you’ve ended up paying for stuff you didn’t ask for, like premium seats, or travel insurance, or extra hold baggage, or whatever. If it’s property rental, it might be a cleaning fee and a service fee or a resort fee. That’s designed to waste your time, to hook you in, to reel you in and to wear you out. So by the time you get to the end, you feel even though it’s not the price you’re expecting, you may as well just pay and get it over with. And that’s happening to millions of customers every week. That’s a lot of profit that can be made through those sorts of tricks.

Adams: We’ve all seen and experienced these, and I think a lot of us have sort of gotten smart about how to navigate them and avoid them. They are annoying. But you know, you talk about the harm when it costs you money. But is there any sense that this is really damaging and widespread?

Brignull: All companies use some form of manipulation or other. The real question is: Does it have outcomes of harm? Is it a dark pattern? Does it deceive you into things? And, I mean, even though you might think you’re wise to them like a lot of consumers and say, “Well, I know about all this stuff, I won’t be caught out,” you still get caught out anyway, and your time gets wasted. And let’s face it, we’ve all got a finite amount of time on this planet, and to be given the runaround on things is really not fair.

Adams: That’s grim. What kind of regulations are there around these types of strategies?

Brignull: So what’s interesting is when I started out with this stuff, that it wasn’t a very regulated area. And in the last four or five years, that topic has kind of exploded, and suddenly, we’ve got these new regulations coming in, which is quite exciting. In California, you’ve got the [California Privacy Rights Act], and in Colorado, the [Colorado Privacy Act]. Those are both laws about privacy and they aim to stop companies from tricking you into giving them permission to do stuff with your personal data, like tracking you and then selling the information to third parties. So both of those laws have definitions of dark patterns in them. And they forbid certain types of dark patterns, which is a really good thing. In Europe, we’ve got something called the Digital Services Act incoming. That’s the DSA, and it forbids some kinds of dark patterns, which is really great. But the law hasn’t yet arrived. The wording has been agreed to but it hasn’t been kind of launched yet. So we don’t know quite how effective it will be. Because obviously, you want to help consumers with the law. But you also don’t want to hurt businesses at the same time. You want a nice, healthy balance so you have a healthy marketplace.

Adams: There have also been some lawsuits around this, even against some of the tech giants like Google. Where do things stand, at least on the legal side in the courts?

Brignull: I guess one of the great things about the United States is you have all these class-action lawsuits, which are a great way of getting companies to step into line. I mean, I think these lawsuits are good. And the more of them that happen, the more aware other companies will be. So these big sort of spotlight cases where big fines are enacted are really, really good for consumers, because it’ll make these other companies think twice before they do these things.

Adams: So where do you see the industry moving in regards to using these strategies and these dark patterns? And how do you think consumers are going to be responding to them or just dealing with them, I guess?

Brignull: Well, I think there’s going to be a bit more regulation. And there’s gonna be some more laws. And they’ll probably be some good ones written and some bad ones written. And I think we’ll learn, you know, globally, different countries are going to do different things. And I think, obviously, when the laws change, and they know that they’re up for really big fines or big problems, they’re going to pay attention. If there’s one language that businesses speak, it’s the language of money. And I think that’ll be very good for consumers who will then have a safer worldwide web and safer app stores to use.