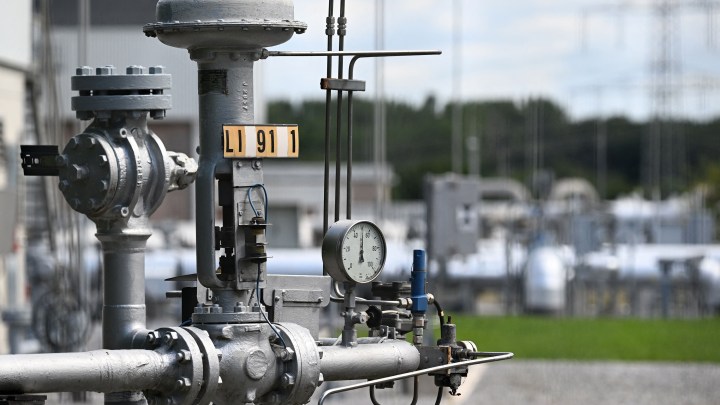 Russia’s state-run energy company, Gazprom, has announced that it’s cutting the amount of natural gas it delivers to Europe through the Nord Stream pipeline. Starting Wednesday, the flow of gas will be limited to just 20% of that pipeline’s capacity.

Though Russians blame Western sanctions for the reduction — sanctions that were imposed in response to Russia’s invasion of Ukraine — this is just the latest in a series of moves to use energy as a geopolitical cudgel, in this case against Germany.

Last year, Russia supplied more than half of Germany’s natural gas. That’s too much, according to Daniel Fried, who was U.S. ambassador to Poland during the Bill Clinton administration.

“People, including myself, were warning the Germans about excessive dependence on Russia as a source of natural gas,” he said.

The Germans paid no mind and are now facing the consequences, Fried said. Russian President Vladimir Putin is using the resource as a weapon, driving its price sky-high.

“The question is, can Germany in particular, Europe in general, find enough extra gas to mitigate the sting of what Russia is doing, which is choking them?” Fried said.

It’s not just household bills that German politicians have to worry about.

“The larger issue is the consequences it’s having for different industries,” said Margarita Balmaceda, who teaches international relations at Seton Hall University.

Some German chemical companies, Balmaceda added, have had to cancel orders because they’re not confident their customers will cover the higher cost of natural gas.