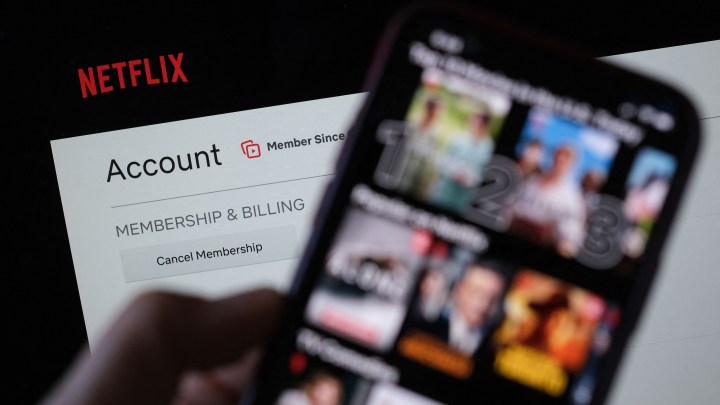 COPY
Business has declined at some companies that flourished during COVID-19 lockdowns, like Netflix. Chris Delmas/AFP via Getty Images

Business has declined at some companies that flourished during COVID-19 lockdowns, like Netflix. Chris Delmas/AFP via Getty Images
Listen Now

There’s been a lot of news lately about companies that became darlings during the pandemic. Netflix said in its earnings call Tuesday that it lost nearly 1 million subscribers last quarter. That’s fewer than it projected, but it still makes for two quarters of losses in a row. Last week, Peloton announced it’ll stop making its own bikes to focus on content after sales of the machines fell.

On one hand, you can’t blame companies that took advantage of the momentum they gained during the lockdowns. But, in retrospect, should they have predicted a fall when those lockdowns ended?

When a company is faced with a period of huge disruption — say, a once-in-a-lifetime pandemic — it has a choice to make:

“Whether you will be paralyzed or you will just, you know, enjoy the moment where the deck of cards is in the air and everything gets reshuffled,” said Anat Lechner, a professor of management at New York University.

Enjoying the moment, leaning into it, takes a lot of understanding about who you are as a company and how you’ve overcome challenges, she said. Young businesses don’t have that historical knowledge.

“Some companies just go with the flow,” Lechner said. “And, you know, when the market demands growth out of you and you’re able to kind of chase that, you end up becoming a whole lot less self-reflective.”

Businesses would be crazy not to meet market demand by investing in growth. “Carpe diem” — seize the day — and all that. But it means so many resources get tied up in the moment and, sometimes, it leads to overlooking the future.

If the future brings slowing demand, it can hit some companies harder than others, said Randy Allen, a professor of strategy at Cornell. “I may have a lot of excess manufacturing capacity, warehousing capacity, that I can’t use.”

Peloton bikes, grocery delivery and binge-watching were solutions to pandemic problems. Now, companies need to figure out how to grow beyond being solutions, according to Greg Portell, a consultant at Kearney.

That’s easier said than done, when COVID-19 has upended everything over and over again. “Anyone that’s starting to think about a business cycle that lasts more than 90 days is a bit foolish.”

In other words, companies may be justified in taking it one quarter at a time.