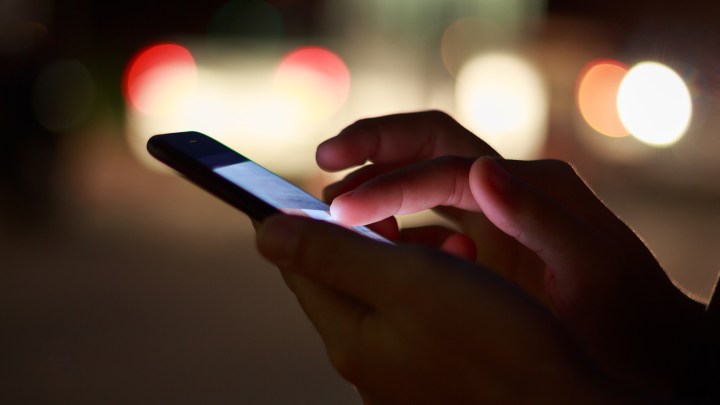 COPY
The 988 number for mental health crises launches Saturday, and experts are forecasting an increase in demand.  Blackzheep/Getty Images

The 988 number for mental health crises launches Saturday, and experts are forecasting an increase in demand.  Blackzheep/Getty Images
Listen Now

If you or someone you know may be considering suicide, the National Suicide Prevention Lifeline is available 24/7 at 1-800-237-8255.

The U.S. faces significant mental health challenges, which have been exacerbated by the COVID-19 pandemic. There’s a shortage of mental health workers, facilities and programs to provide care. According to the National Institute of Mental Health, nearly 1 in 5 Americans — 52.9 million people — live with some form of mental illness, and, in 2020, fewer than half received treatment.

When mental illness becomes a crisis, the first line of help in this country has been a patchwork of local crisis hotlines, national crisis lines for veterans and youth, and the National Suicide Prevention Lifeline — a toll-free number (1-800-273-TALK) that connects callers to a network of local and national emergency counseling call centers.

In 2020, President Donald Trump signed a law designating a single, easy-to-remember, three-digit number for all mental health crisis calls: 988. It will go online nationwide for incoming calls (landline and wireless as well as for text and chat) on Saturday. But health policy analysts and advocates worry that the new system might not be ready for the increase in demand that’s predicted.

When a person suffering a mental health crisis, or a friend or family member seeking information or help for someone in crisis, dials the 988 national emergency line, the first thing they hear is a recorded voice telling them to wait “one moment.” They’re then informed — with an option to listen to the message in Spanish — that they’ve reached the National Suicide Prevention Lifeline: “If you are in emotional distress, or suicidal crisis, or concerned about someone who might be, we’re here to help.”

There’s an option to reach a crisis line for military veterans or wait to be connected to a local crisis call center, based on the caller’s area code.

In Oregon, that call center might be Lines for Life, a Portland-based nonprofit for which Deborah Dedrickson manages crisis-line operations and answers calls.

“When I answer the phone, I’m really aware that picking up the phone and calling to talk to a stranger is a hard thing to do,” she said. “It’s really difficult to be vulnerable. It takes a lot of courage and strength just to reach out.”

And yet, as of 2020, the system that 988 calls will now feed into “could only meet the needs of about 85% of its callers,” said Heather Saunders, a researcher at the Kaiser Family Foundation who recently published a report on suicide prevention and 988.

That means roughly 1 in 7 callers were disconnected or hung up before a crisis counselor answered.

Saunders worries that the problems could get worse. “When 988 rolls out, it’s anticipated that the call volume will up to triple the first year alone, and then continue to grow from there.”

In fact, increasing the number of people who seek help is part of the point of switching to 988.

“The concern is, if there were challenges with the current infrastructure meeting the call volume,” said Saunders, “people might reach out to the new 988 number in a state of crisis but not be able to reach someone on the other side of the line.”

That could cause people to abandon their efforts to contact what’s supposed to be the new, easy-to-access number for all mental health problems, said Jodi Manz, project director at the National Academy for State Health Policy.

“If call volume overwhelms a system, you’re going to see higher levels of abandonment,” she said, “because people are going to be waiting. That’s the thing giving folks in state policymaking, advocates and stakeholders the most anxiety.”

Part of the problem is there has been relatively little state and local funding, planning and resources devoted to the setup and rollout of 988.

Rand Corp. recently surveyed 180 mental-health directors across the country, per researcher Jonathan Cantor, to find out “whether or not there would be long-term budgeting for this. That was lacking, which is concerning. Only about 1 in 7 respondents had established a budget to support 988.”

Of those, “fewer than half included budgeting for infrastructure, clinical personnel, marketing material or service coordination between 988 and 911,” Cantor said.

Only 13 states have passed dedicated funding mechanisms so far, including four — Colorado, Nevada, Virginia and Washington — that added a fee to residents’ telecom bills, similar to the way 911 is funded in many states. (See the National Academy for State Health Policy’s tracker on legislation, planning and funding for the 988 rollout.)

The lack of funding is especially problematic in states that already have poor track records answering crisis calls — states whose residents often end up speaking to counselors elsewhere, Manz said. “The ideal response would be to have somebody who is local, who understands local resources, the local provider landscape, those sorts of things.”

According to data published by the National Suicide Prevention Lifeline and its coordinator, Vibrant Emotional Health, just 21% of Illinois’ spring 2021 calls were answered by in-state call centers. In four other states, fewer than half of all calls were answered in-state: Texas, 38%; Arkansas, 42%; Minnesota, 43%; and Wyoming, 47%.

The calls that in-state centers can’t handle spill over to a network of more than a dozen national backup sites that take the overflow 24/7.

That includes Oregon’s Lines for Life, which has increased capacity to meet an expected doubling of calls in the coming year, from 40,000 to 80,000, according to CEO Dwight Holton.

“Starting Aug. 1, we’ll be part of that national backup network, and we will be seeing increased volume from bigger states, other states that don’t support crisis intervention the way Oregon does. I have no doubt we’ll be able to handle it. We have hired dozens of additional call counselors.”

Crisis-line director Deborah Dedrickson tries to make sure every call is answered promptly, with knowledge and compassion, whether the caller is from Oregon or a state thousands of miles away.

“People do sometimes have to wait,” Dedrickson said. “I work tirelessly every day to prevent that. And in fact, the national standard for 988 is that we answer 95% of calls within 20 seconds.”

Meeting that goal would ensure that more people who reach out for mental health support in a crisis get the help they need. 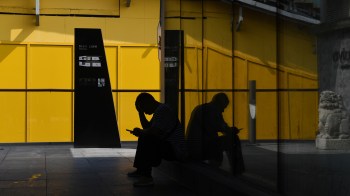