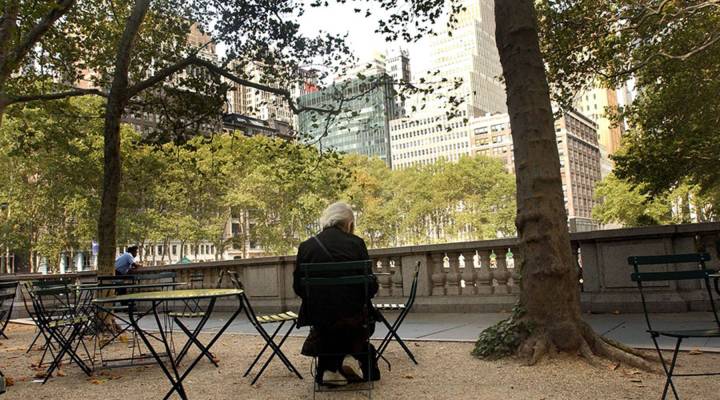 Suicide is the 10th leading cause of death in the United States, and it’s the on the rise, but we have no idea why.

“We have the science of suicide that we’ve paid for, which is to say … not much,” said Dr. April Foreman at the American Association of Suicidology. “The reason we don’t have good answers is that we fund suicide-related research at a fraction of the other kinds of research for other causes of death.”

The Centers for Disease Control and Prevention reported this month that national suicide rates rose 25 percent between 1999 and 2016. As people nationwide mourn the recent deaths of Anthony Bourdain and Kate Spade, suicide researchers say suicide is a growing public health crisis that deserves more attention and funding.

Last year, about $100 million was spent on suicide research, according to the National Institutes of Health, compared to $690 million on breast cancer, which claims fewer lives.

The CDC says more than half of Americans who die by suicide have no known mental health problems.

“We would think there’s a number of those folks who did not have a diagnosis that were missed by the health care system,” said Jane Pearson, who oversees suicide research at the National Institute of Mental Health.

There’s also the stigma associated with seeking treatment for issues like depression or substance abuse.

“While I do believe boosting our mental health system is needed to reduce suicide, we can’t rely on mental health alone,” said Rajeev Ramchand, a researcher at the Rand Corp. “It’s around a third of people with mental health conditions actually access treatment.”

Public funding for suicide research has been mostly flat in recent years, and Foreman said the issue doesn’t attract private dollars in the same way as, say, Alzheimer’s disease or AIDS.

“Historically, it’s been something that people have maybe, like, some hard time feeling sympathy for,” Foreman said.

More research is needed to figure out how to bring suicide rates down, but Foreman said mental health providers also need to be better trained now.

“The research is very clear that nine out of 10 licensed mental health providers could not pass a basic competency exam in suicide risk management and intervention,” Foreman said.