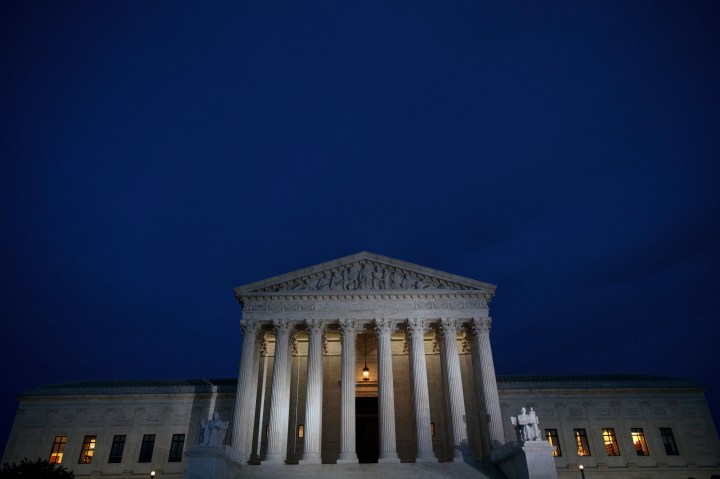 Last week, “Marketplace” host Kai Ryssdal spoke with Blake Emerson, a professor at the University of California at Los Angeles School of Law, about the changing power of the so-called administrative state. Ryssdal spoke with Emerson again in the wake of today’s decision. The following is an edited transcript of their conversation.

Blake Emerson: That’s right. So the narrow holding of this case is about the EPA’s authority to regulate climate change, but its significance is really much broader than that. The opinion is likely to severely restrict many federal agencies’ ability to issue health and safety regulations on issues involving the marketplace, involving consumer financial products, as well as issues such as the COVID-19 pandemic, which is ongoing.

Ryssdal: So if you are a mid- or even a high-level staff attorney at the Securities and Exchange Commission, thinking about, I don’t know, crypto. Or if you’re at the Food and Drug Administration, thinking about whatever the FDA lawyers think about, you’re reading this case and saying to yourself what?

Emerson: So I think the natural inclination of government attorneys is going to be to be more cautious. So if the SEC is thinking about taking steps to regulate how cryptocurrency works, or how it’s exchanged, SEC attorneys are going to look at this opinion and say, let’s make certain that this court, as well as district courts and appellate courts across the country, aren’t going to think, “Oh, this looks like a really big exercise of authority.” I mean, Chief Justice Roberts, in this opinion, use this really telling language, where he says that where regulation “raises eyebrows,” that’s something we’re going to be skeptical about. The thing about raising eyebrows is, depends on whose eyebrows. It’s going to depend on the ideological predilections of the judge, whether or not they are skeptical of the regulation or think it’s a good idea.

Ryssdal: Well, so let’s keep going with crypto and the eyebrows, then, because as we’ve seen in the crypto market — not to beat up on crypto and or judges, as I’m about to do — but there’s been a lot of eyebrow-raising activity in cryptocurrency and one can’t really know what the rules are going to be now, can one?

Emerson: So certainly, I think that it is going to open up a new chapter in what agency attorneys have to think about on issues such as crypto. So prior to rulings like this one, the way agency attorneys would think about a problem is, if a statute uses a word like “security,” we are the ones who figure out what that word means, within the bounds of Congress’s broad direction.

Ryssdal: Sorry, to be clear, “security,” here, as a tradable thing that that happens in financial markets. Right?

Emerson: Exactly. And so that was the old way administrative law worked. Now, if you look at the opinion today, it seems like the court is saying that rule doesn’t apply if we think the issue is a big issue. And, you know, maybe something like cryptocurrency is big enough that it qualifies. Now, to be clear, I don’t want to suggest at all that SEC doesn’t have authority to issue regulations on crypto, or that the court would stop it from doing so. But it’s that sort of problem that every agency is going to be thinking about and is likely to lead them to be more cautious.

Ryssdal: Yeah, but you know what, let’s think about what the court actually said about who should be making these rules. And look, I read it, and I’m not a lawyer, but I can read English. And basically what the chief justice said was, “Hey, it’s up to Congress.” And there are members of Congress who can’t spell crypto, let alone regulate it.

Emerson: Right. So on the one hand, it’s definitely true that Congress does not have the expertise and also is politically paralyzed to answer these sorts of complex questions. But that’s exactly why Congress creates administrative agencies like the SEC. The whole idea is that well, we’re going to give over these difficult nitty-gritty problems over to executive branch agencies, and they’re going to have experts who know what they’re doing. And also, they’re going to get input from the affected public. The problem with this ruling and rulings like it is that the court is taking away that policymaking power. And that is something to worry about, because the court does not have the same expertise as the agencies. And it does not have the same political accountability. You can’t fire federal judges.

Ryssdal: So in the final analysis, do you think this is the case on the administrative state, and how this economy gets run? Or is it a case, and there’s more to come?

Emerson: I think this is a case and there are more to come. I think it’s a very important one. This is a case that is going into the administrative law textbooks, no doubt. I don’t think, however, that this is going to be the last word on these issues. And one thing to look out for is this non-delegation doctrine, which is this idea that Congress constitutionally cannot give agencies too broad policymaking power. And there still appears to be a majority of justices on the court who want to apply that doctrine that’s been dead since the 1930s And I would not be surprised to see that doctrine come back in a future case.